12 Things to See on the Coast of La Manche 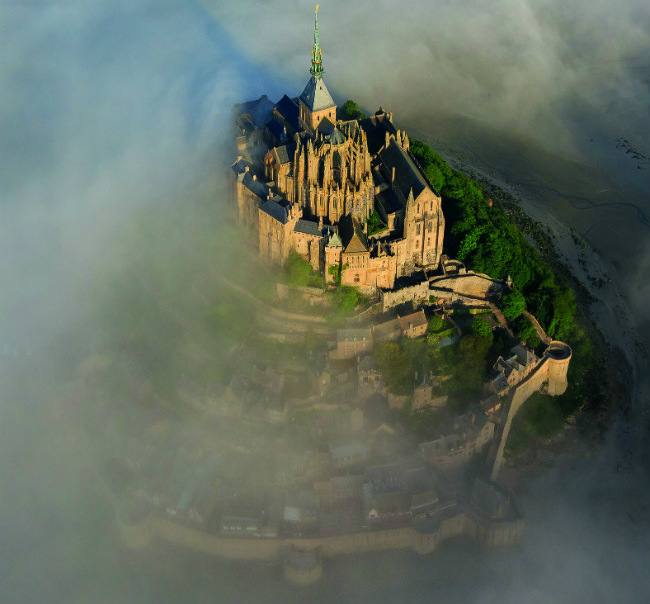 This is of course one of France’s most iconic sites and it is on pretty much everybody’s list of things to see when they come to La Manche. My top tip is to visit the abbey early in the day, before the crowds arrive, and then explore the bay later on. www.ot-montsaintmichel.com 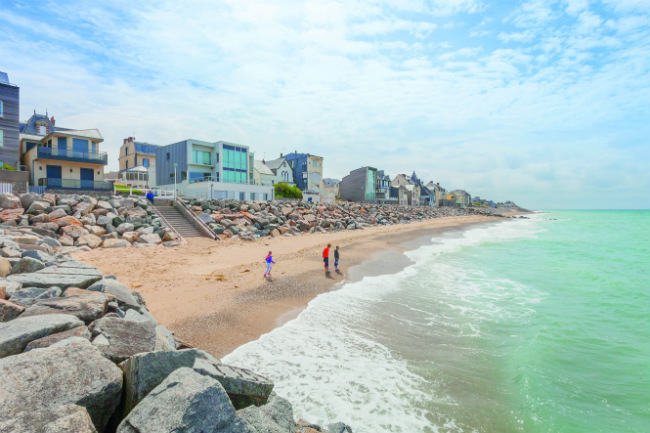 Agon-Coutainville, situated between Coutances and Granville, is one of the prettiest sea resorts in La Manche with its promenade along the sea front and its typical 19th-century seaside architecture, along with the occasional modernist box for contrast. www.manche-tourism.com 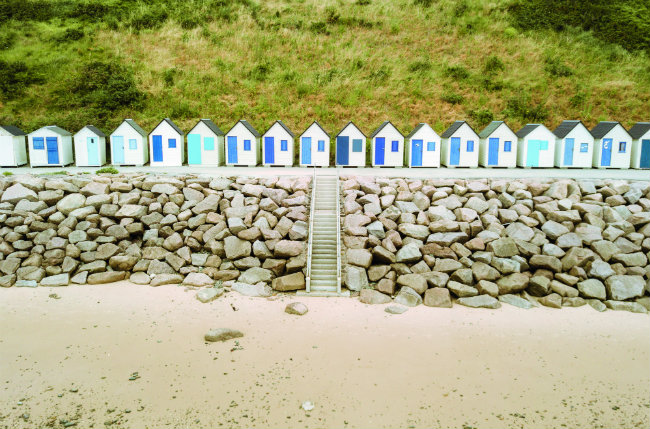 North of Agon-Coutainville, but also on the western coast of the peninsula, lies another popular seaside resort: Barneville-Carteret. If there were a prize for the most picturesque beach huts, the few that climb up from the beach here would surely win. www.manche-tourism.com

Take the amphibious craft from Saint-Vaast-la-Hougue to Île de Tatihou to explore a site that had to be fortified by Vauban at the end of the 17th century to fend off the British. If the tide is out you can walk back and examine the oyster beds on your way. www.normandie-tourisme.fr 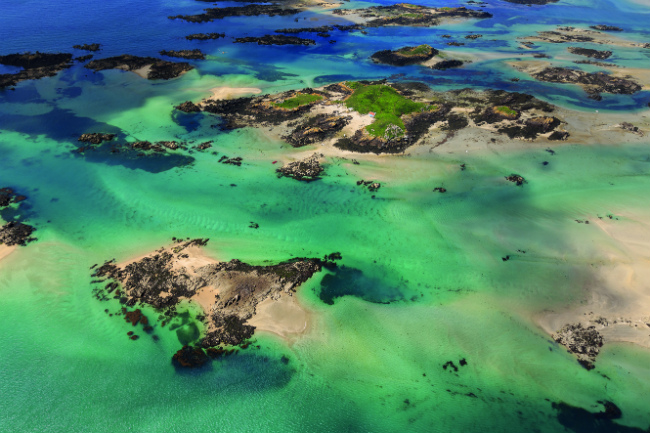 Chausey is a group of islands (350 at low tide; 50 at high) that is geographically part of the Channel Islands, but politically part of France. The limited accommodation is booked up well in advance, so plan ahead. It’s worth the trip though. www.ileschausey.com 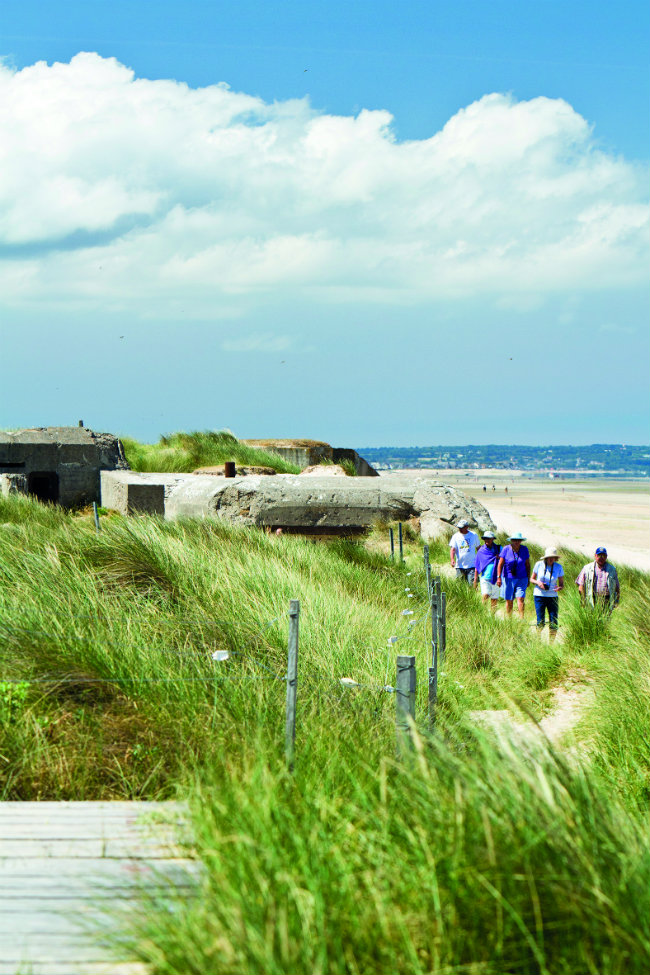 This was where American troops landed on D-Day with the aim of capturing Cherbourg and effecting the beginning of the end of the war. The museum will help you understand the strategic choices for the invasion and the reasons for its success. www.utah-beach.com 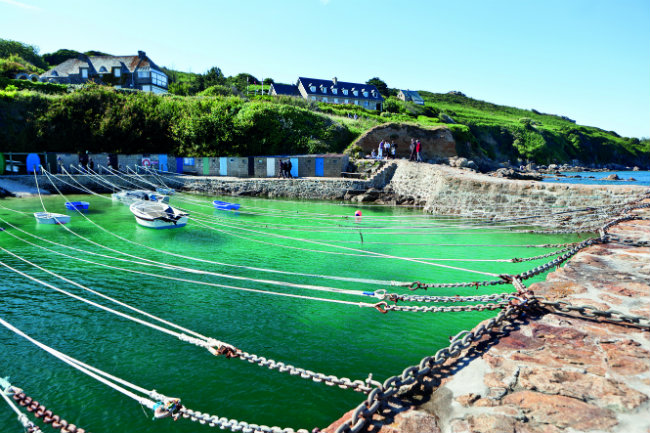 Located in Cotentin at Saint-Germain-des-Vaux, the tiny port (its entrance is only 11 metres wide) is named after François-Médard Racine, one of Napoleon’s most notorious corsairs. This was where he kept his schooner ‘Ambush’ between sorties. www.lahague-tourisme.co.uk 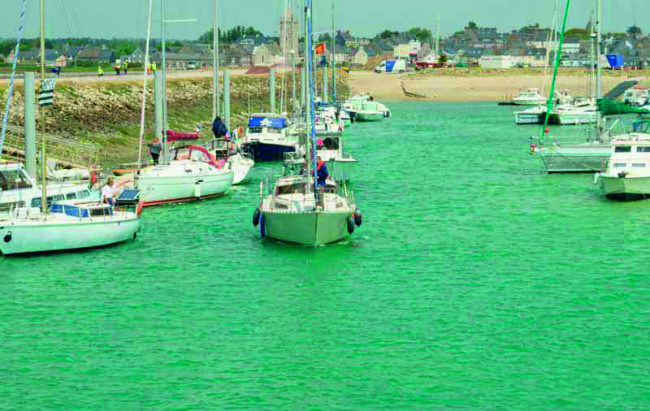 This picturesque little town is on an inland tidal harbour just south of Barneville-Carteret. To the south are sand dunes; to the north, salt marshes. There’s mooring for yachts, and cycling and hiking in the hinterland. Its church, Notre-Dame, is a monument historique. www.normandie-tourisme.fr

The strong currents of the Raz Blanchard often cause sailors strife so volunteer-manned lifeboat the Mona Rigolet is kept in an ingenious building that allows her to rotate inside and take the best of two exit routes into the sea depending on the tide. www.lahague-tourisme.co.uk 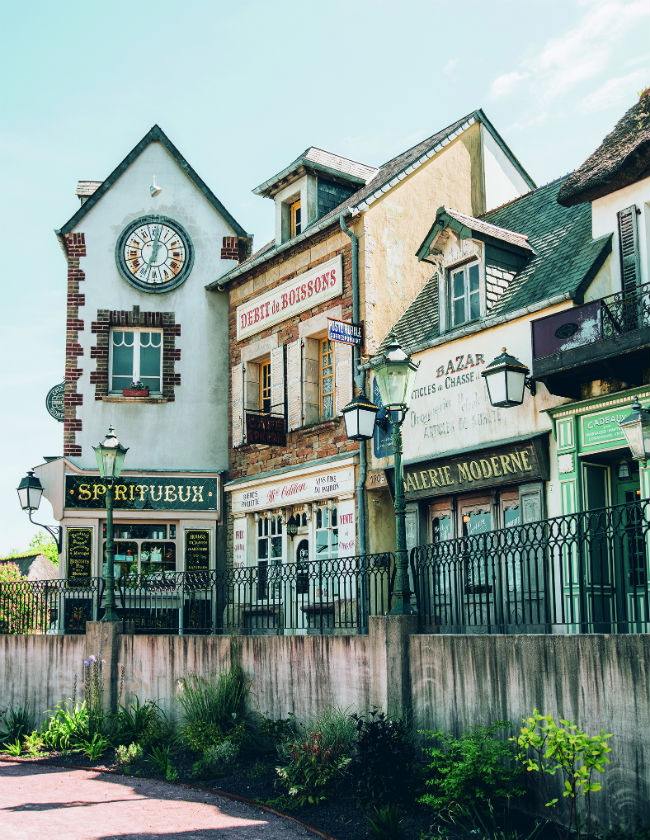 A few kilometres inland, it’s one of those unique curiosities you really should make a detour for. These biscuit makers have been here since the early 1900s but their small factory and shop has now expanded into a 1900s-style shopping street. www.maisondubiscuit.fr 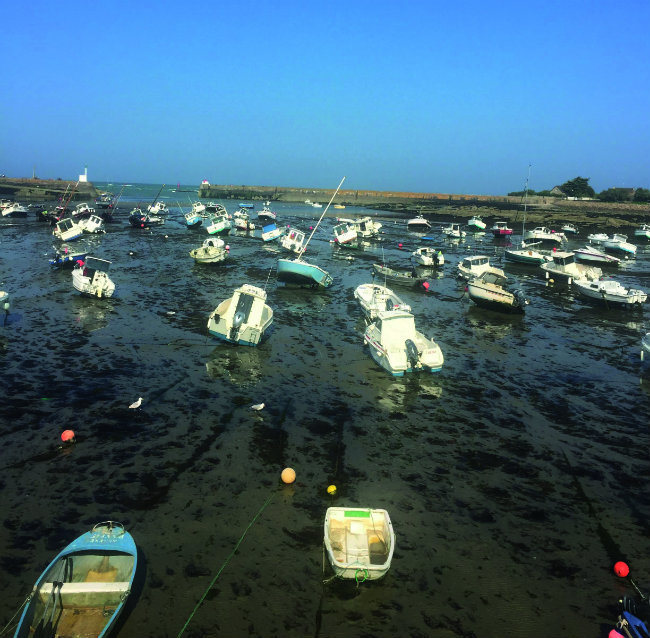 This traditional Norman fishing port has a lovely ambience and strong links with the English. Like much of La Manche, life revolves around the sea and you can eat very tasty wild mussels (moules de Barfleur) here. It is twinned with Lyme Regis. www.normandie-tourisme.fr 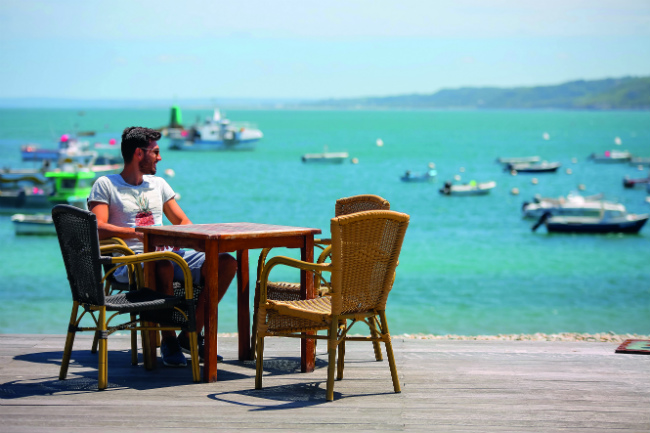 Make a beeline for this port on the rugged coastline right on the Sentier des Douaniers (marked on posts by red and white lines). Walking the path is the best way to see the coast here, as generations of customs officials know only too well. www.manche-tourism.com