First published: May 7, 2019 by Stephen Davy-Osborne 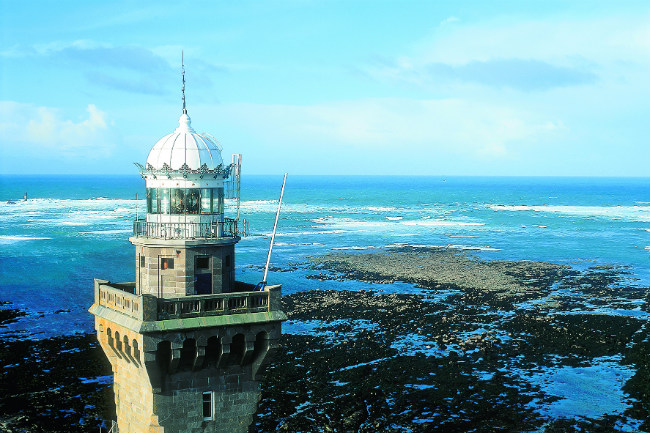 On land or at sea, France’s northwesternmost region is brimming with fantastic places to visit

Related articles: Great Destinations in France: A Guiding Light to Brittany
What to See and Do in Brittany

Have you ever witnessed sunset from 56m above sea level? In July and August the Eckmühl lighthouse is open in the evening for Nuits du Phare, allowing you to scale the 290 steps to witness the blinking lights of countless beacons along the coastline. www.brittanytourism.com 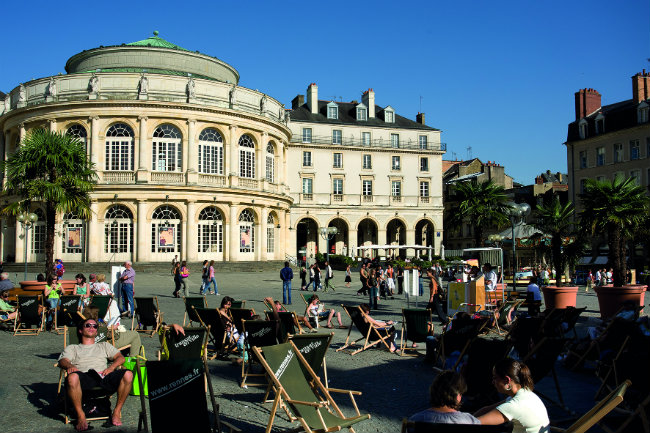 Built in 1836, this beautiful opera house is one of the smallest in the country, although that wouldn’t be the first thing you notice when faced with the striking curve of this cultural hub. An eclectic programme ensures something for everyone. www.opera-rennes.com 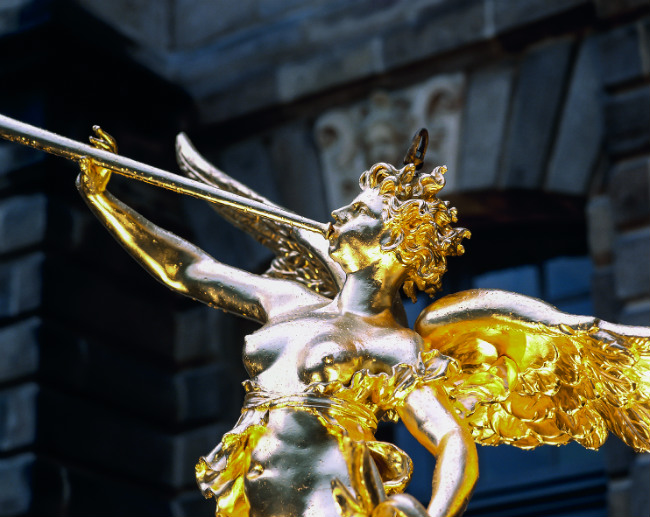 The Palais du Parlement de Bretagne took more than 30 years to build, and despite surviving the 1720 fire, it was devastated by a blaze in 1994. An extensive refurb has seen it restored to its former glory, and guided tours are offered in July and August. www.tourisme-rennes.com 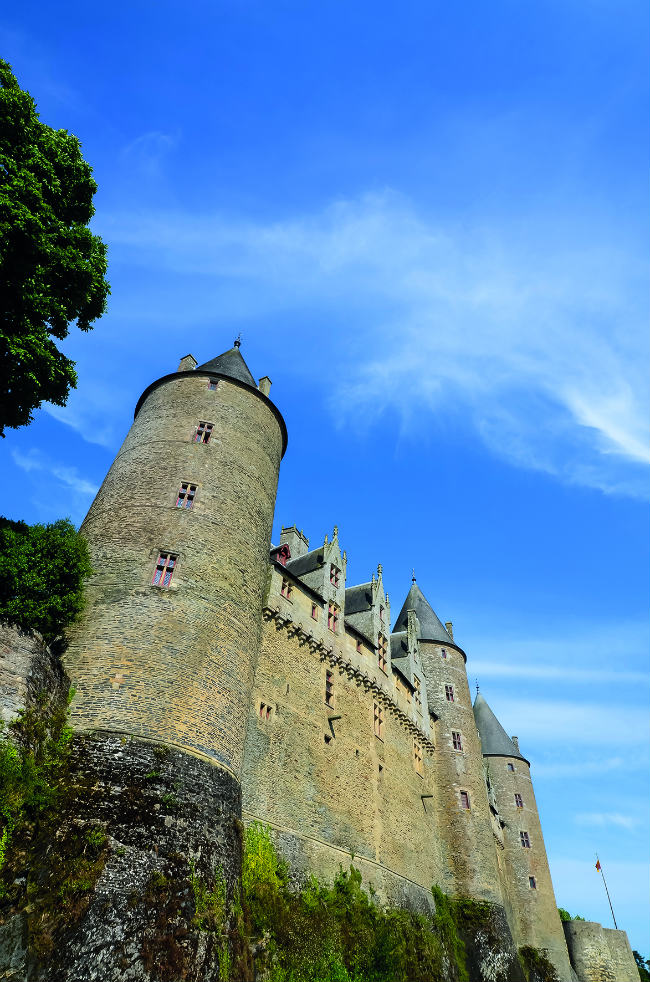 Beginning life as a medieval fortress, the château is a Renaissance gem – and is still owned by the Rohan family who founded it more than 1,000 years ago. Overlooking the Oust river, its opulent interiors and gardens make it an ideal place to enjoy an afternoon. www.chateaudejosselin.fr 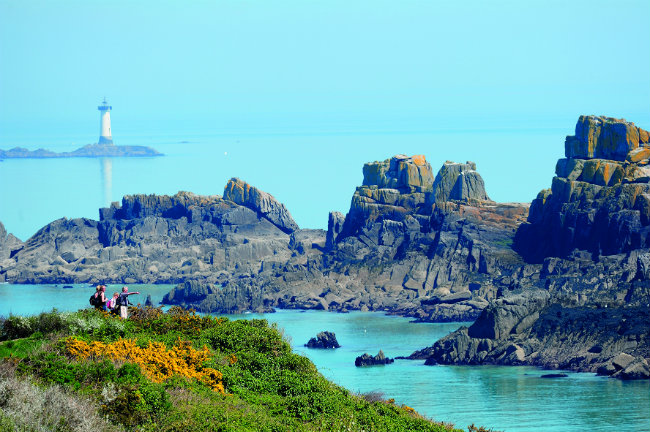 The views from this headland on a clear day have to be seen to be believed. It’s a haven for wildlife, with some islands designated nature reserves and inaccessible to visitors. A converted German pillbox offers a novel way of observing wildlife unseen. www.brittanytourism.com 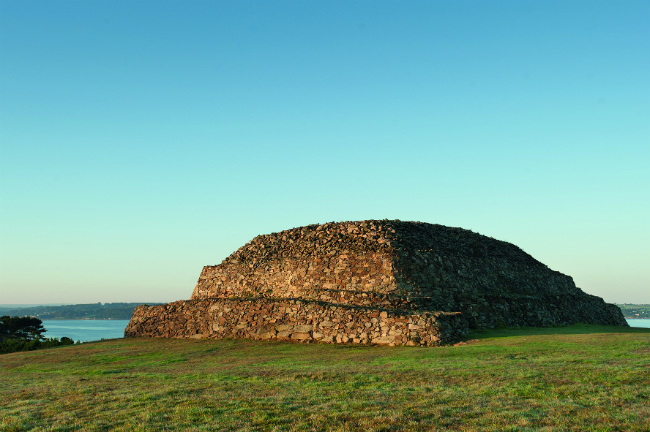 Thought to be one of the earliest megalithic monuments in Europe, the Cairn of Barnenez, near Plouezoc’h in northern Finistère, is home to megalithic art. Built between 4,500BC and 3,500BC, it was unearthed by quarrying work in 1955. www.barnenez.fr 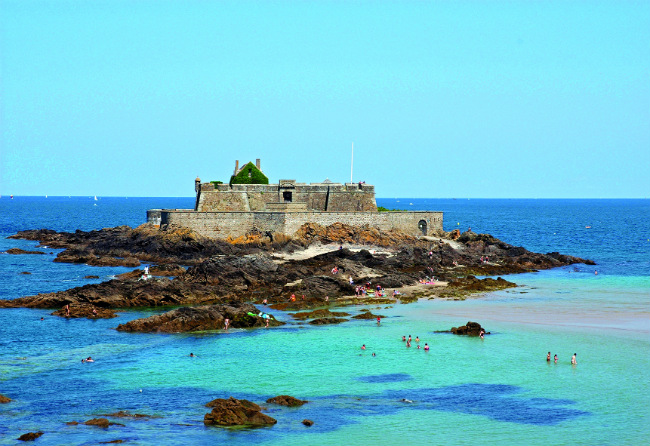 A few hundred metres off the shore of Saint-Malo, Fort National is accessible at low tide between June and September. The walk to the granite building takes you back to a time when such defences were vital to protect the nation. www.fortnational.com 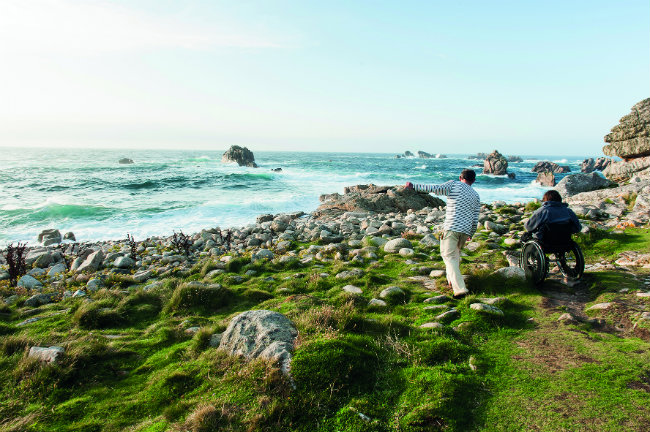 Found where the Atlantic and The Channel meet, this small island attracts thousands of visitors a year. The open-air Écomusée d’Ouessant has two traditional dwellings among its displays, giving you a feel for days gone by. www.pnr-armorique.fr/Ecomusee-Ouessant 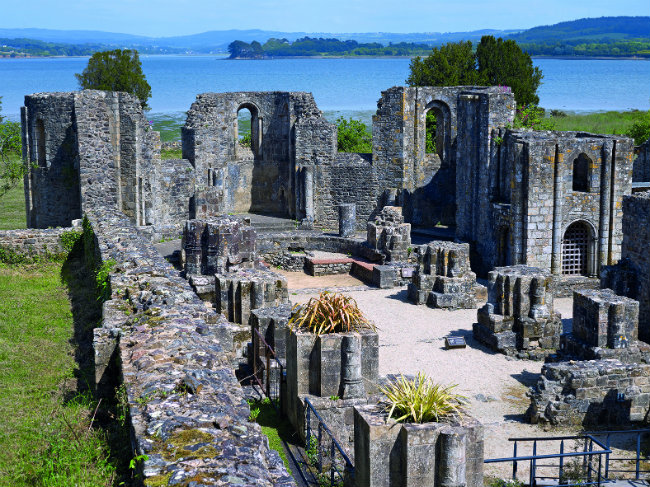 The ruins of Abbaye de Landévennec have seen their fair share of turmoil since the fifth century, thanks to the Normans, the English and the revolutionaries. Today you can explore the ruins, the medieval medicinal garden and the museum. www.landevennec.fr 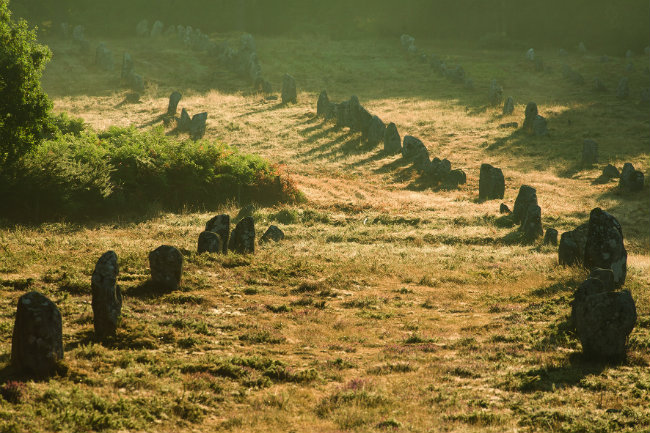 Known the world over for its rows of ancient standing stones, Carnac boasts round 3,000 aligned megaliths dating from 4000BC, spread across three fields, while the nearby Museum of Prehistory contains an impressive collection of prehistoric finds. www.carnactourism.co.uk 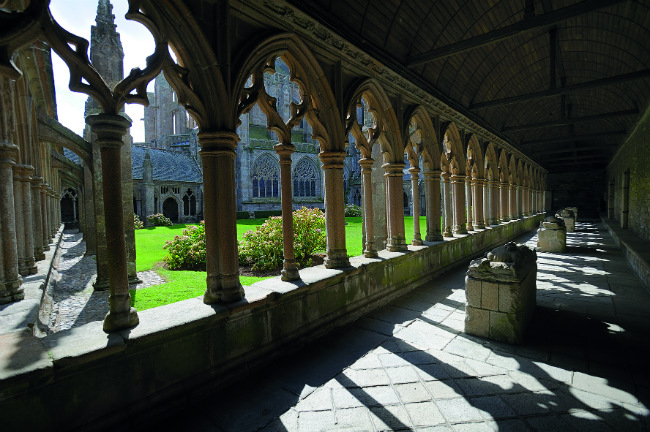 With 48 arches and a wooden ceiling, the cloisters of this cathedral in Tréguier make for an impressive photo. A real mix of different archaeological styles, it has a rather unusual spire rising 72 metres above the ground. www.brittanytourism.com 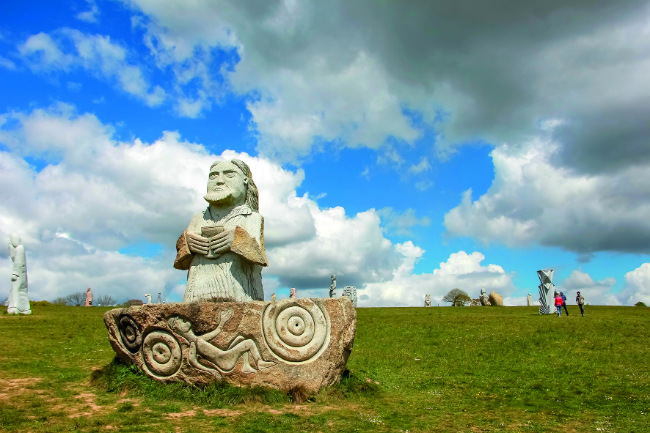 The Valley of the Saints, conceived by Philippe Abjean, aims to pay homage to Brittany’s founding saints by erecting 1,000 slabs of Breton granite, each about four metres high. It is expected to take 50 years to complete. www.brittanytourism.com