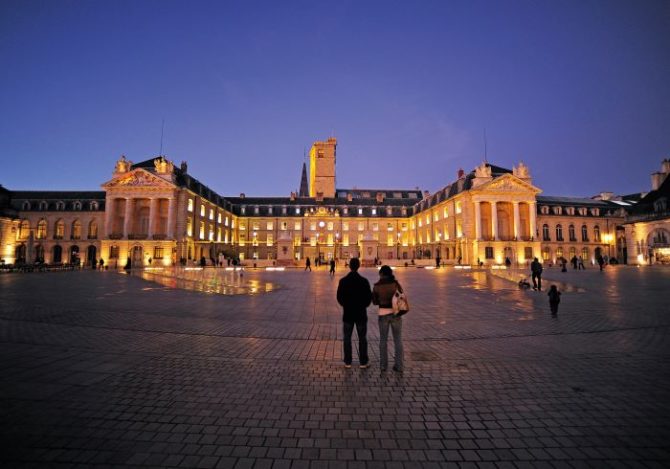 Our pick of the must-see towns, historic buildings and other places of interest

Related articles: Get Away from It All in Burgundy
What to See and Do in Burgundy

HISTORIC CAPITAL OF DIJON
Dijon has such a rich architectural heritage that a large section is listed by UNESCO. From half-timbered houses and Romanesque and Gothic churches to 17th-century private mansions, there’s a treasure around every corner. The centre is also vehicle-free.
en.destinationdijon.com 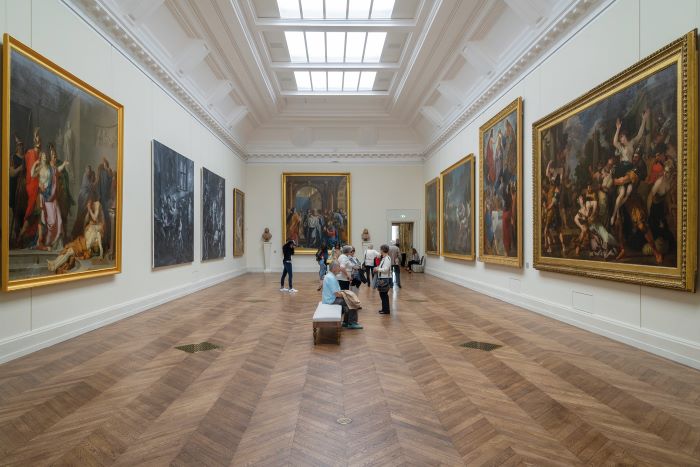 PALACE OF THE DUKES
This impressive palace in the heart of Dijon was home to the Dukes of Burgundy until 1477. Now the setting for the Beaux-Arts Museum, with its huge collection of works, it also houses two of the dukes’ tombs. Climb the 15th-century tower for a stunning view.
beaux-arts.dijon.fr 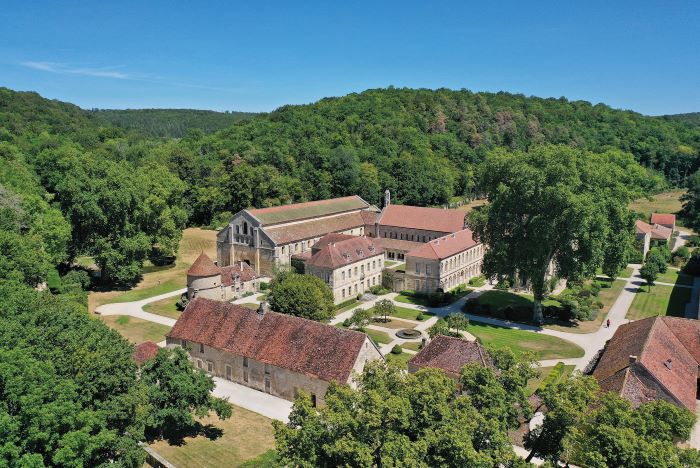 ABBAYE DE FONTENAY
One of the oldest preserved Cistercian abbeys in the world, L’Abbaye de Fontenay was founded in 1118. Today, it is a UNESCO World Heritage Site. Set amid beautiful landscaped gardens, it has also been used as a film set for several movies.
www.abbayedefontenay.com 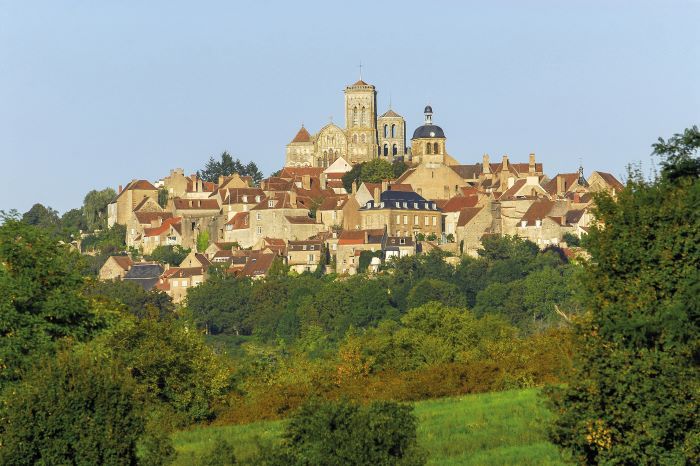 VILLAGE OF VÉZELAY
Officially designated one of Les Plus Beaux Villages de France, Vézelay is another UNESCO-listed site that is best known for its immense basilica, a masterpiece of Romanesque architecture. Look up to see the tympanum’s remarkable carvings..
destinationgrandvezelay.com/vezelay 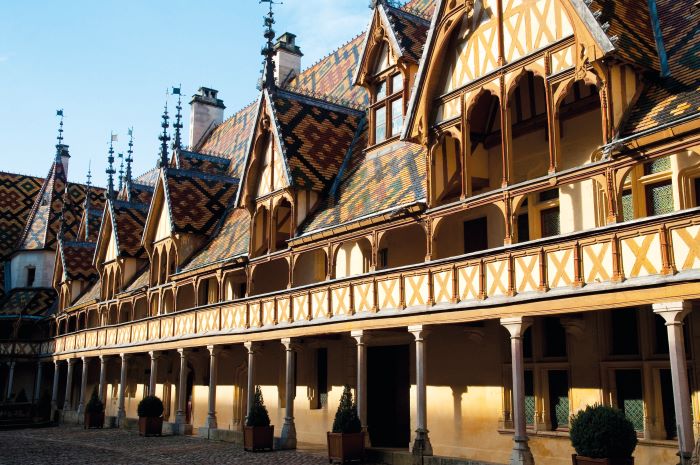 WINE CAPITAL OF BEAUNE
The wine capital of the region, Beaune is a charming walled town with well-preserved ramparts. The big showpiece here is the extraordinary Hospices de Beaune – or Hôtel-Dieu – a 15th-century former alms house notable for its cornucopia of coloured roof tiles.
www.beaune-tourism.com 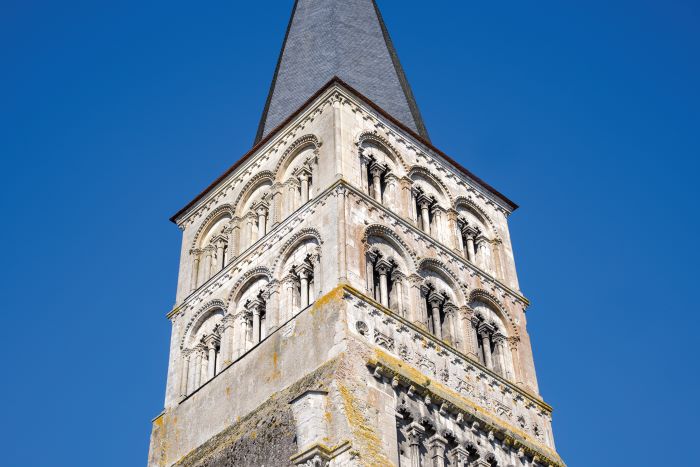 LA CHARITÉ-SUR-LOIRE
This historic haven is home to a host of booksellers and related craftspeople, with special events held each year. Don’t miss the beautifully restored priory church, dating back 900 years in parts and listed by UNESCO as part of the Chemins de Saint-Jacques.
lacharitesurloire-tourisme.com 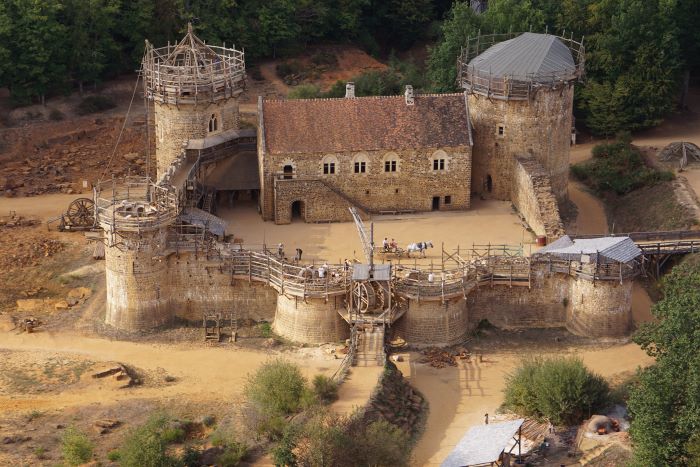 CASTLE OF GUÉDELON
At Guédelon they are attempting the extraordinary feat of building a medieval edifice from scratch, using original techniques and tools. You can wander around and watch smock-wearing craftspeople hard at work, or apply to become a volunteer.
www.guedelon.fr/en 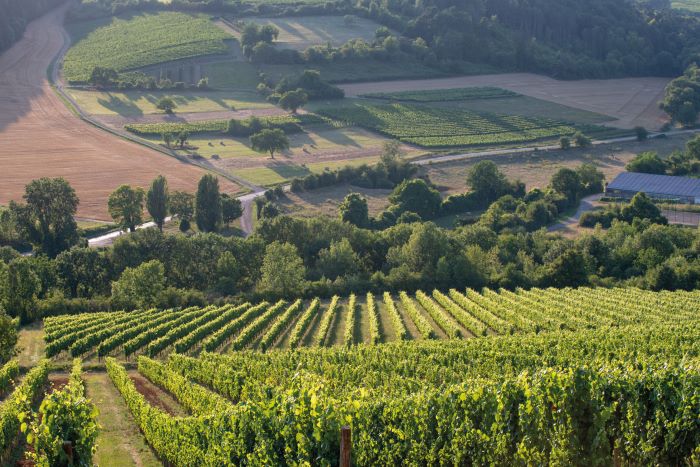 THE VENERATED VINEYARDS
‘Climat’ is the name for a vine plot that meets specific criteria relating to grape variety, geological conditions and special know-how. Listed by UNESCO, these climats extend along the slopes of the Côte de Nuits and the Côte de Beaune, south of Dijon.
www.climats-bourgogne.com/en 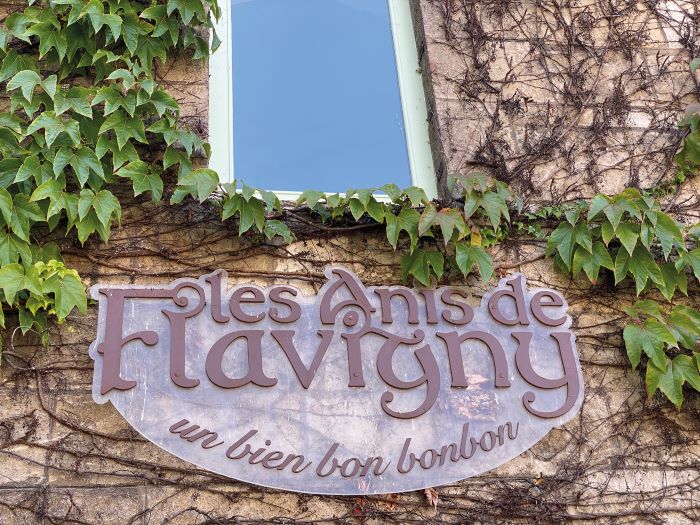 FLAVIGNY-SUR-OZERAIN
Another Plus Beau Village, medieval Flavigny-sur-Ozerain found fame in the popular movie Chocolat. It is also home to France’s oldest sweet factory, Anis de Flavigny, founded in 1591, where you can take a tour and purchase little oval tins filled with aniseed delights.
flavigny-sur-ozerain.fr/village/accueil 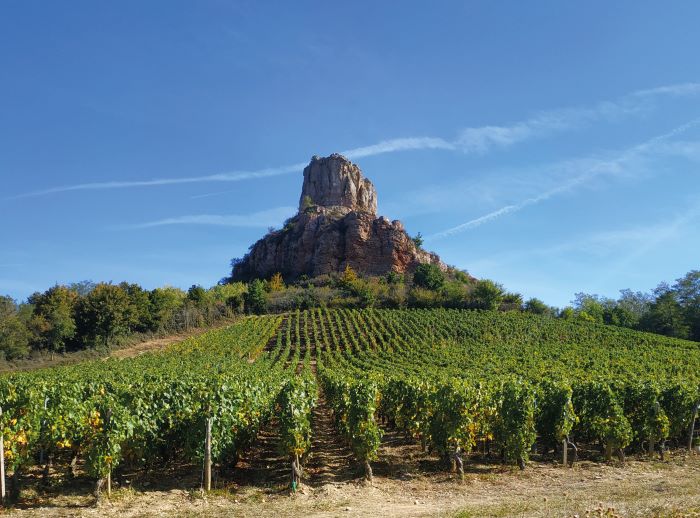 THE SOLUTRÉ ROCK
Rising out of the vineyards, this unusual geological feature was inhabited by man more than 50,000 years ago. In 1866, the remains of thousands of horses, bison, aurochs and mammoths were discovered here. Some are on display in the museum at the foot of the rock.
rochedesolutre.com 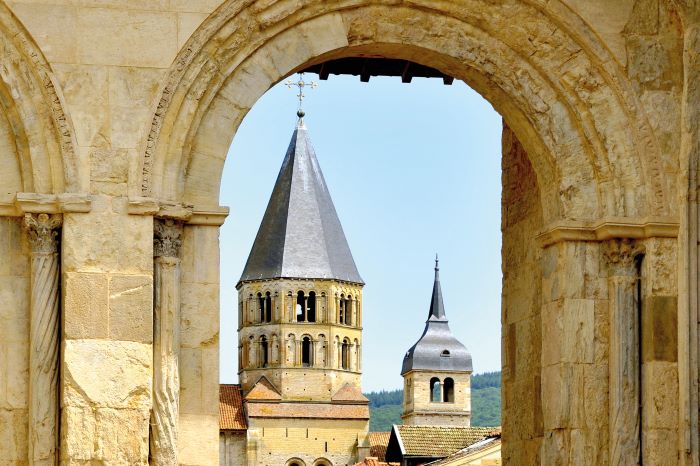 ABBAYE DE CLUNY
An important religious site for more than 1,000 years, this was once the spiritual heart of medieval Europe. For 500 years, it was the continent’s largest religious building before being usurped by St Peter’s in Rome. Augmented reality fills in the gaps lost to time.
www.cluny-abbaye.fr/en 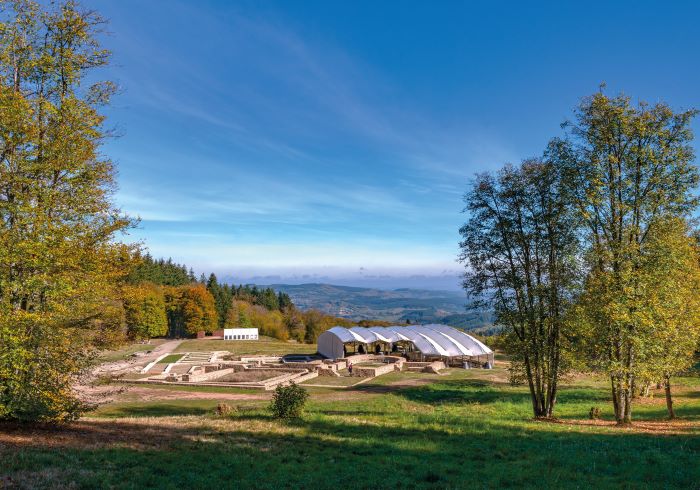 BIBRACTE & MONT BEUVRAY
Founded at the end of the 2nd century BC, at the top of Mount Beuvray in the Morvan park, the Gallic fortified town of Bibracte was abandoned for 2,000 years but is now being rediscovered thanks to archaeologists. As well as guided tours, there is also a museum.
www.bibracte.fr/en