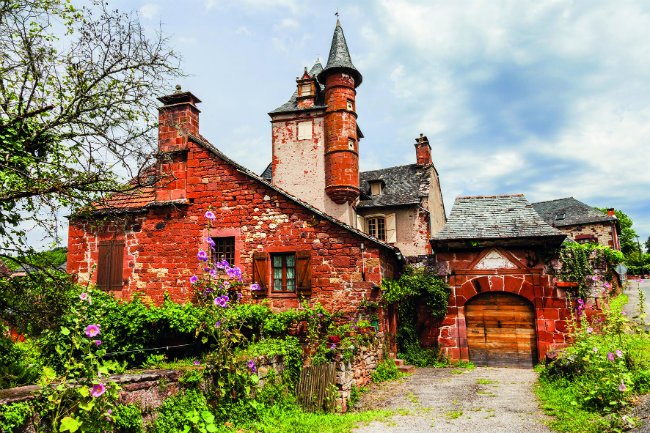 Cows may outnumber humans in this vast region of rolling fields, undulating landscapes and luscious lakes, but there is far more to France’s rural heartland than meets the eye…

From Collonges-la-Rouge’s mosaic of listed rust-red cottages to the postcard-perfect cobbled lanes of Curemonte, Limousin – now part of the recently-merged Nouvelle-Aquitaine super-region – has more than earned its stripes as one of France’s dreamiest corners. Among its many unmissable gems are Solignac (with its 12th-century church), Uzerche’s turreted houses, Aubazine (home to the orphanage where Coco Chanel grew up), Tulle, Turenne, and Oradour-sur-Glane – the stage of a horrific massacre during World War II. Having caught wind that an SS officer was held captive in Oradour, the Nazis murdered 642 villagers, including 205 children, in retaliation in 1944. After the war, Charles de Gaulle decided the village should never be rebuilt– its silent ruins a lasting and poignant reminder of the cruelty of the occupying army. One way of ticking off most of Limousin’s sights and medieval hamlets is to follow the 180km Route Richard Cœur de Lion – so-called after the king who waged bloody campaigns in the region before meeting his maker courtesy of a crossbow in 1199.

Limousin may be one of the most remote and sparsely populated areas in France, but there is no shortage of attractions and culture to keep visitors occupied, particularly in the capital of Limoges. The city is, of course, world-famous as a centre for porcelain and enamelware. It’s thanks to a discovery made back in 1768 when kaolin (a rock containing fine, white clay) was unearthed at a village 20 miles south of Limoges.

Before long, the city’s artisans were knocking out local porcelain to rival anything the Chinese could produce. Amateurs of finer things can feast their eyes on an array of porcelaine de Limoges at the Musée National Adrien Dubouché and the Maison Bernardaud. Besides crockery, Limoges has reaped quite the kudos for its unparalleled architecture, starting with its superb Art Deco railway station. The grand copper dome – which burnt down and was rebuilt in 1998 – glorious carved frescoes, and the 60-metre-tall four-faced clock tower are certainly worth a look-in. 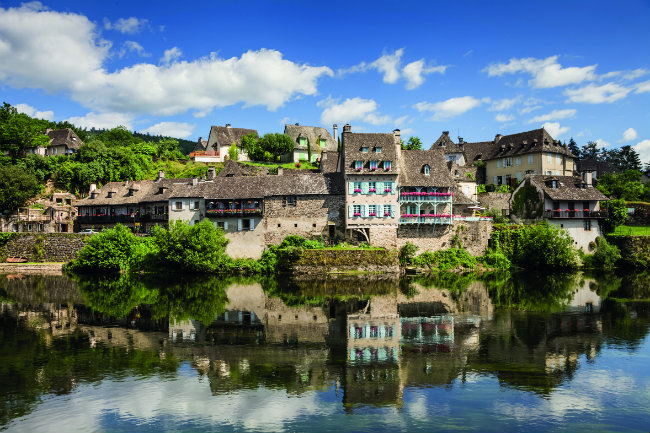 The beauty of the Limousin. Photo: Fotolia

Just a stone’s throw from Limoges, the Cité internationale de la tapisserie in Aubusson celebrates the region’s centuries-old tapestry-making tradition. If going out of your way to ogle Aubusson’s intricate hangings seems like too much effort, don’t worry: sooner or later you’re bound to spy one of its coveted tapestries adorning the wall of a museum or public building.

You’re unlikely to go hungry in Limousin. With the best cattle – and juiciest steak – in all the land, the region is a go-to destination for foodies in the know. Not a carnivore? How about tucking into Limousin’s fêted clafoutis, a moreish flan-like cake stuffed with (non-pitted) cherries.

With open land as far as the eye can see, the opportunities for outdoor activities are endless. The province is dotted with luscious lakes and rivers perfect for sailing, canoeing, kayaking and, of course, fishing. Its two regional natural parks, the Parc Naturel Régional Périgord Limousin and the Parc Naturel Régional de Millevaches en Limousin, are also just the ticket for avid hikers and mountain bikers. But it’s not all about thrills. Limousin’s patchwork of tranquil meadows and rolling fields offer a peaceful haven for exercise-shy travellers and flâneurs alike. Why not while away an afternoon on the river Dordogne’s peaceful banks and drink in the achingly beautiful views?