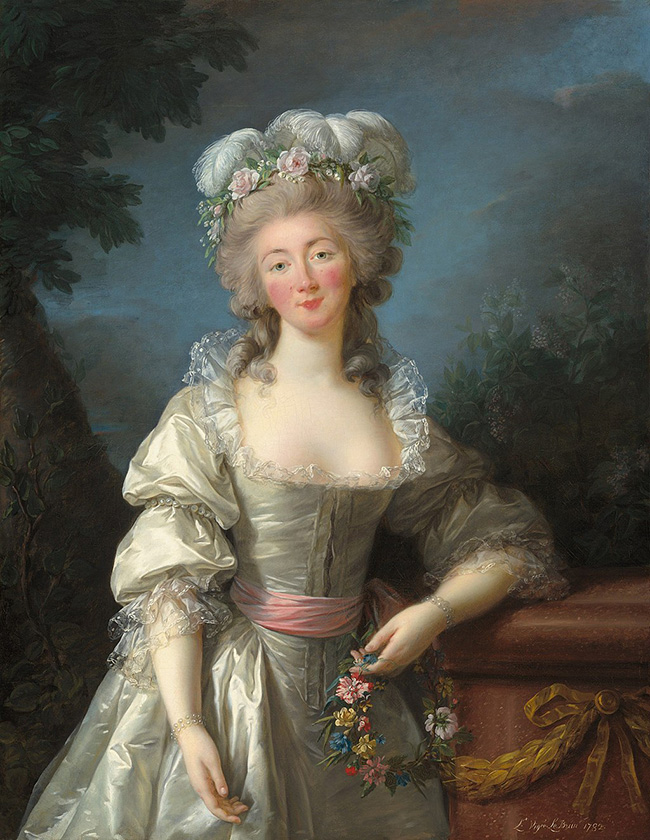 The tale of King Louis XV’s last mistress, Madame du Barry, is a tragic one that is only now being given suitable attention through the recent opening of her newly renovated apartments at the Château de Versailles as well as a Netflix film currently filming on location.

Born 19 August 1743 in Vaucouleurs some 300km east of Paris, Jeanne Bécu was the illegitimate daughter of a seamstress. Briefly educated in a convent, she went on to sell trinkets in the streets of Paris. It was her legendary beauty that got her into the city’s gaming salons where she worked as a sex worker and became ‘friendly’ with many aristocrats who frequented the court.

It was during a visit to Versailles with her regular client Maréchal de Richelieu in 1768, that Jeanne Bécu caught the eye of King Louis XV. The glimmer of interest in the young beauty shown by the King made Jean-Baptiste du Barry sit up and take note. He was a schemer and pimp, and saw an excellent opportunity to further his interests at court.

Louis XV, whose wife Marie Leszczynska had just died, four years after his favourite courtesan Madame de Pompadour had succumbed to tuberculosis, was a lonely man. He was 58 years of age, and the 33 years younger Jeanne, was famously beautiful. But she was a commoner and a sex worker, and could not possibly be presented to the king, even if he wanted her as his concubine. Jean-Baptiste du Barry had a solution though.

Quickly marrying off Jeanne to his titled, but clearly not very influential brother Count Guillaume du Barry, he ensured beautiful Jeanne, now Countess du Barry, could be introduced to the king. Louis XV was smitten, and before long, in early 1769, she had moved in with him.

Installed on the second floor at Versailles in sumptuous apartments spread across 35m2, she was surrounded by luxuries. Part of her 14 rooms, was a bathroom with two tubs, one for washing and one for rinsing, and, reportedly, there was even running hot and cold water, unheard of in those days. There were several entrances to the numerous reception rooms, including one stairway that connected directly with the king’s chambers just below her own on the first floor. And so, at the age of 26, beautiful Madame du Barry became King Louis XV’s last maitresse-en-titre, his chief mistress, and the most powerful woman in France.

Clearly, this orchestrated rise to fame, riches and, more importantly, influence, did not sit well with others at court. Her beauty caused much jealousy and alienated potential friends, while her influence over the king angered the various statesmen, who wanted such power for themselves.

One very outspoken opponent of Madame du Barry was the Duke of Choiseul, the Secretary of State, who had not only been a loyal supporter of Madame de Pompadour but had hoped to put his own sister into bed with the king, and thus widen his personal influence at court. He became a little distracted from scheming against Madame du Barry, when arranging the marriage of Kind Louis XV’s grandson Louis XVI to Marie Antoinette, which took place in 1770. But shortly after, Choiseul managed to get Marie Antoinette on his side against Madame du Barry. But the influence of the king’s mistress should never be underestimated, and Jeanne managed to oust the Duke of Choiseul in 1771.

Meanwhile, despite the intrigue and niggles at court, Madame du Barry lived very well indeed. She was showered with gifts, sat for numerous portraits painted by artists such as Elizabeth Vigée le Brun, and was offered highly valuable jewellery, including the infamous diamond necklace, valued at an equivalent of around $14million today, which was at the heart of the Affair of the Diamond Necklace.

Madame du Barry was given estates and even her own château in Louveciennes, some eight kilometres from Versailles on the outskirts of today’s Paris by her smitten lover. After the death of Louis XV in 1774, it was to here that she eventually retired, after having been incarcerated in a convent for two years but then regaining royal approval to move into her château. Notably, she did not return to her husband, but chose to stay on her own.

Long a devotee and patron of the arts and craftsmen, she was a lifelong friend of Voltaire, commissioned Jean-Honoré Fragonard to paint several works for her and supported new movements and ideas throughout the arts. She commissioned a daring new construction, the Pavillon de la Musique at Louveciennes, overlooking the Seine. Designed by visionary, and often deemed utopian, architect Claude Nicolas Ledoux, it is now thought of as the prototype of French Neoclassicism.

Separated from court life, shunned by Louis XVI and Marie Antoinette, Madame du Barry lived off the wealth bestowed upon her by Louis XV, leading a quiet life alongside the Seine. But the French Revolution threw her lot in with the royal family one last time, and on the 8th December 1793, aged 50 years, she died on the guillotine, two months after Marie Antoinette suffered the same fate.

You can learn more about the restoration process here.

Tickets to tour Madame du Barry’s apartment at Versailles can be booked here.