Explore the Battlefields of World War I 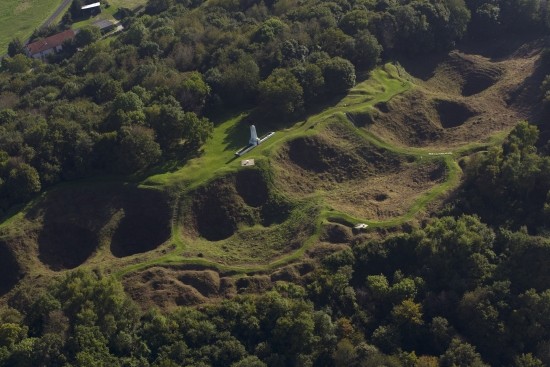 The Remembrance sites of The Western Front 14-18 welcome visitors from all countries of the world and are open all year round. There is no charge to visit cemeteries and memorials across the five French regions of the Western Front – Nord-Pas de Calais and Picardy, Champagne-Ardenne, Lorraine and Alsace – with just a small entrance fee at museums.

But there are many ways for visitors to get even more out of their visit and enjoy the peaceful landscape that today surrounds the historic battlefields. Local Tourist Offices can provide information on walking trails, guided tours in English, and interactive devices such as tablet tours and free apps, as well as a wide range of special events to commemorate the centenary of the Great War.

Along the Western Front

In Nord-Pas de Calais, drivers can follow the Great War Remembrance Trails to discover the Artois battlefields around Lille and Arras that saw fierce fighting from the early months of the war. Most first-time visitors are surprised how close the cemeteries are to each other and how many nationalities are commemorated here from America to Australia, India, Portugal and of course France, Germany and Britain.

American units won their first victories between May and July 1918 in the Somme department of Picardy where knowledgeable English-speaking guides can be hired for a half-day or more. Free Apps – downloadable from www.somme-battlefields.com – provide an insight into the events and personal stories of the battle. Similarly, ‘Around Verdun’, available from the App Store, is a guide to 40 sites on the Meuse battlefield.

This year, the start of the Battle of the Somme will be commemorated at several locations across the battlefields of the Somme on July 1, including the Newfoundland Memorial in Beaumont-Hamel, with a ceremony to remember the end of the battle beneath Thiepval Memorial on November 18.

For visitors who want to take in the wider landscape, a new Remembrance Trail – ‘Off the Beaten Track’ – provides walkers and cyclists with a safe, surfaced trail that follows the Somme river and canal, linking key sites of the battlefields as well as small cemeteries in riverside villages.

World War I is infamous for the horror of trench warfare along the Western Front – the mud, the corpses and the boredom – with soldiers on both sides often separated by only short stretches of open ground. A century on, visitors can see original trenches at locations such as Vimy Ridge Canadian National Historic Site in Nord-Pas de Calais, taken by Canadian forces in April 1917; at the Sommepy Monument in Champagne-Ardenne which commemorates the achievements of American units in the second half of 1918; and at the Saint-Mihiel Salient which was occupied by the Germans from 1914 and only taken back in 1918 with support from the Americans. 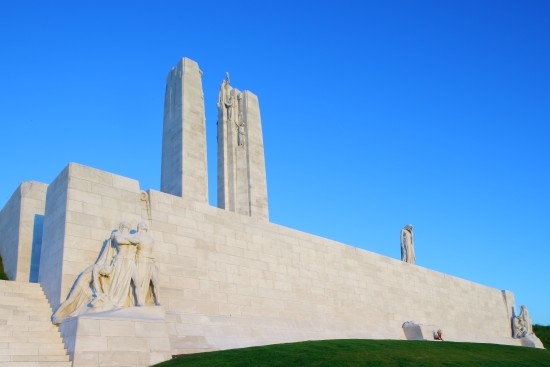 Many American soldiers fought and died in the Second Battle of the Marne that took place in Aisne, part of the Picardy region. Memorial Day is held annually on the last Sunday of May in the American cemeteries of Bony, Seringes-et-Nesles and Belleau, a day that is dedicated to the honour of all fallen American soldiers, but especially to those who died on the Western Front. And there are few more atmospheric places to get a feel of life on the front line than by heading underground at the Caverne du Dragon in Aisne, a key site on the Chemin des Dames.

See Europe’s greatest sound-and-light show about the Great War, ‘From Flames to Light’ at Verdun, or maybe enjoy an afternoon of festivities in Blérancourt celebrates humanitarian Anne Morgan on July 4th. Among events planned are a picnic, theatre, jazz, country dancing and outdoor film screenings (www.museefrancoamericain.fr). Drivers can download the Anne Morgan discovery trail linking five towns where she set up operations centres for CARD, the American Commission for Devastated Regions.

Active Remembrance visitors can follow a variety of themed walking trails, or maybe hire bikes to explore trails like the 24.5km circular route from Bellicourt beside the St-Quentin canal and along country lanes. Something a bit different? Then try a tandem flight over the battlefields in a microlight from Corbeny or enjoy a bird’s eye view over the strategic WWI sites of the Meuse from a light aircraft.

For a different perspective, take a guided tour of the underground ‘living’ quarters inside Vauquois Hill in the Argonne district of Meuse. The Argonne and Verdun – both part of Lorraine – were liberated by American troops in September 1918. Since 2014, the annual Meuse Great War Half Marathon in June is an upbeat celebration when elite athletes join military personnel and occasional joggers through now tranquil countryside, ravaged a century ago by World War 1.

Previous Article Ideal for a short break: Le Touquet
Next Article Made in France: Caviar d’Aquitaine