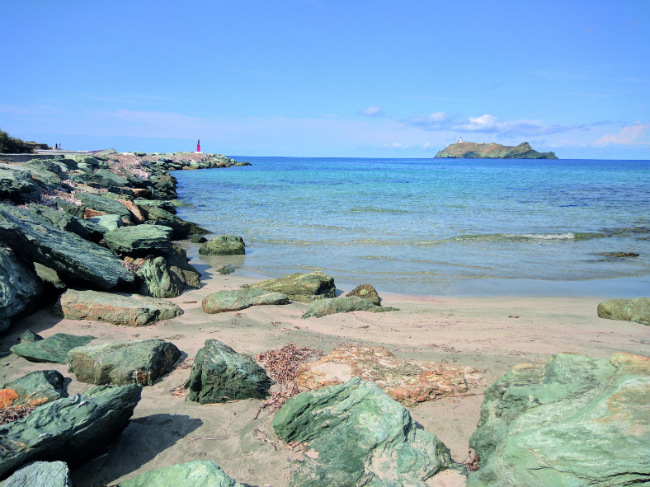 You could fly to France’s Île de Beauté… But why not let the rugged adventure commence even sooner – by taking an overnight ferry (as my husband and I did recently)? The excitement begins the moment you arrive at the docks in Toulon (or Nice or Marseille). Entering the five-lane queue, we waited 45 minutes to board. What an opportunity to check out the characters with whom we would spend the next 12 hours crossing the midnight sea!

I spied a station wagon whose passengers were enjoying an apéro. The car’s hood became a table for their rosé and cacahuètes. Other vehicles came to life as well. There were horse trailers, Harleys and a host of voitures, the faces inside lit up by the setting sun which fell behind a blazing horizon towards which we were embarking.

The wait came to an end when we were spirited into the ferry by the flailing arms of Corsican dockers whose job it is to squeeze hundreds of vehicles into the bowels of the ship. My window rolled down, I listened to the sing-song accents, which fascinated me – if not my husband, who was being ordered to park within millimetres of the car in front of us. 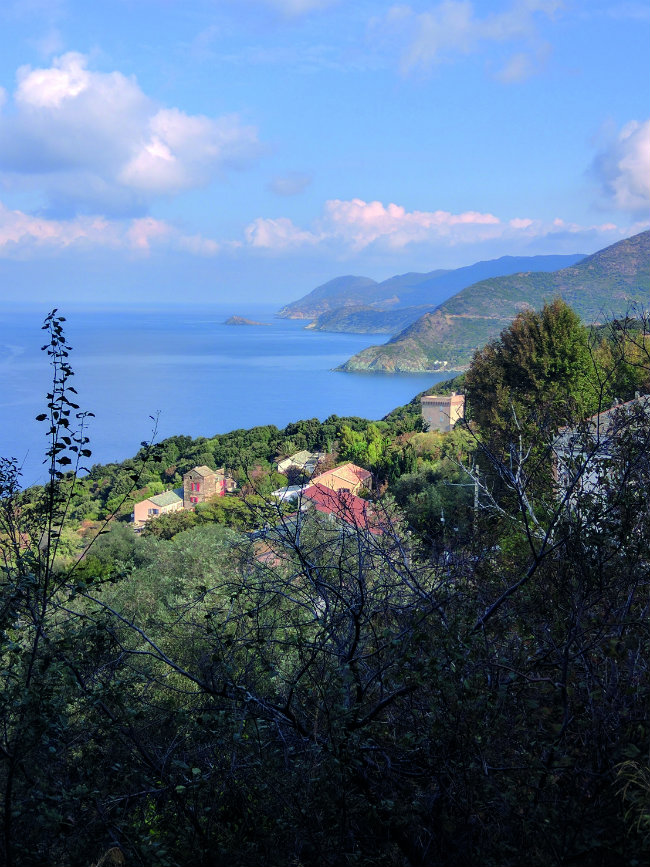 The next feat was to fold into the exodus of humans and animals making its way up to the main level. That’s when the chasse aux places began! Everyone rushed to stake out their spot for the night! We saw young men rolling out sleeping bags and middle-aged women camping on cushioned benches in the food court. Many wore comfortable sweatsuits and some stopped just short of wearing curlers in their hair.

Approaching our cabin (worth the price!) we were greeted by a Corsican steward who set down the law: vacate the room by 6am and stay off the second bed! (This put a dent in my plan to eventually send my husband over to the spare. We would both sleep better that way. Or we would have.)

Given we were celebrating our 23rd anniversary, we decided to bypass the fast food and try fine dining, where we were seated near a giant dog. I didn’t mind the boxer, but the mediocre, pricey food… Quel dommage! We could have joined the campers back at the food court, ordered a New York hot dog or some egg rolls – and worn our pyjamas to dinner!

Returning to our cabin, we stopped at the information booth to place a room service order for 5.45am (in time to vacate the room as ordered). That’s when we learned we had a precious extra hour to linger over breakfast. Turns out Corsican stewards make up their own rules, to their convenience and not ours.

That inspired me to make up my own rules too! My husband and I would get into the same bed – and then I’d send him over to the spare. That naughty steward would have two beds to make while these naughty lovebirds would eventually get a good night’s sleep.