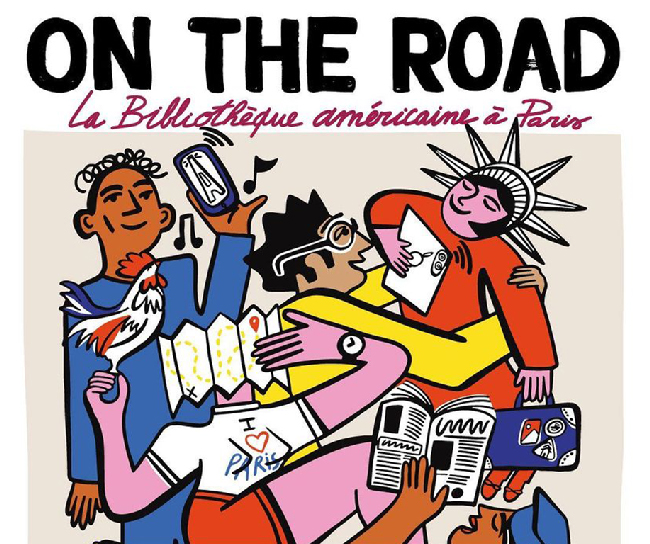 The American Library in Paris has announced the launch of a new cultural outreach programme sponsored by the U.S. Embassy in France dubbed On the Road after the popular novel by Jack Kerouac.

Over the summer and fall of 2022, American Library staff will go “on the road” on a library pop-up tour. Travelling to locations throughout the Île-de-France and Hauts-de-France regions in partnership with libraries, museums, and centers for higher learning, the librarians will bring library activities and tools for people of all ages in both urban and rural areas.

The American Library in Paris © CVB at Wikimedia Commons

At the June 27 inauguration event, the French patron of On the Road, author Rachid Santaki, presided over a giant dictation (or dictée) with guests and journalists. Santaki is known as the founder of “La dictée géante”, a gathering where people from all generations and upbringings are united by the love for the French language.

On the Road began Friday, July 1 in the Hauts-de-France region at the Bibliothèque de l’Agglomération de Saint-Omer (Pas-de-Calais), kicking off with a public discussion about disinformation with American journalist Cole Stangler. The Saturday sessions included archival exhibits, bilingual story hours, and hands-on demonstrations of digital resources.

The On the Road tour stops will last two days and feature different American authors discussing a broad range of current issues with local public audiences. The topics will range from shared democratic values to climate change. Library Director Audrey Chapuis explains, “One of the goals of the programme is to extend the reach of the Library to new audiences, and beyond that, to create a shared sense of community among diverse participants. Everyone is welcome.”

Mark Toner, Minister Counselor for Public Diplomacy at the U.S. Embassy in Paris, adds, “The Embassy is extremely proud of the strong ties we have with the American Library, and we are delighted to support this programme which fosters inter-cultural experiences and showcases the innovative ways libraries are serving their communities in both France and the United States.”

For more information, go to the American Library in Paris website.

More in American Library in Paris, Pop Up Library Tour, US Embassy

Previous Article Summer in the Alps: A Mountain High in Morzine
Next Article On Écoute: Orelsan