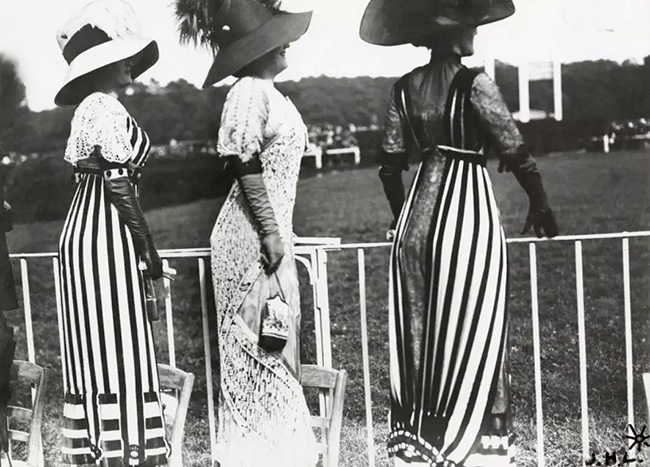 Jacques Henri Lartigue, the youngest photographer of the Belle Époque, was fervently obsessed with preserving happiness. As a boy, he would flick his eyes like the aperture of a camera, trying to save childhood images to his memory. The young shutterbug had a fear of missing out.

When his father presented him with a camera in 1902, the weighty ensemble was bigger than his eight-year-old frame. Lartigue wrote in his journal, Mémoires Sans Mémoire: “Every lovely, strange, bizarre, or interesting thing gives me such pleasure, I’m delirious with joy! So much so that I can remember much of it, thanks to photography!”

He led a blessed life. Born into a family without financial worry, his adolescence abounded with cameras and homemade contraptions. His father, an amateur photographer himself, was a loving and tolerant man who indulged Jacques Henri and his brother Zissou. The Lartigues were a family of thrill-seeking designers and engineers and the young Jacques Henri shared his uncles’ mania for invention.

His world was one of perpetual motion as relatives posed for the little cameraman: running, jumping and tumbling, they seemed to defy gravity. Lartigue laid in wait to capture the transient moments when his laughing cousins spilled, unperturbed, off their handmade go-carts, or splashed into a fishpond.

Lartigue’s hobby began at a time when the early 20th century suddenly began to up tempo. Rapid scientific advances such as electricity, the telephone and the automobile accelerated the speed of day-to-day life, while aeronautical inventions juddered into the sky. Thrilled with the new pace of things, Lartigue played truant to record the bizarre inventions at the Issy-les-Moulineaux aerodrome. In 1904, he captured the first successful public flight in France. He photographed numerous test flights, glider competitions and even Zissou’s momentarily air-bound inventions. Lartigue recorded numerous automobile races, where the wheels of the racing cars seemingly bent as elastically as those in the cartoons.

One of the first fashion photographers, in 1910 Lartigue enthusiastically took his camera to the Bois de Boulogne to photograph women in their beautiful, eccentric hats. A respectable voyeur, he had a keen eye for women who were “made up, very fashionable, and very ridiculous.” In 1962, when these fashion photographs became known, Lartigue’s Day at the Races, Auteuil, June 23, 1911 inspired Cecil Beaton’s design for the costumes in the famous horse racing scene in the 1964 film My Fair Lady. As an adult, Lartigue took some splendid photographs of the same calibre as those by Robert Doisneau and Henri Cartier-Bresson, choosing to train his lens on hijinks, coquetry and languorous scenes by the sea. He also evolved into a painter of some repute. But it wasn’t until 1963 that John Szarkowski, a curator at the MoMa, displayed the charming adolescent photographs hitherto known only to Lartigue’s family.

In 1979, Lartigue signed his photographic output over to the French government – 280,000 photographs and over 100,000 negatives now belong to the Donation Jacques Henri Lartigue. Included in the donation was a lifelong series of his illustrated diaries.

Lartigue died in 1986 at the age of 92. He left behind a legacy of photographs which recall youthful vigour and preserve the happy days of childhood when life is sweet and uncomplicated. His annotated albums can be seen here.

Lead photo credit : Lartigue’s photograph of ladies at the races at Auteuil in 1911 inspired the famous scene in the movie My Fair Lady © Ministère de la Culture (France), MAP-AAJHL