Dickens in Paris: A Tale of Two Cities 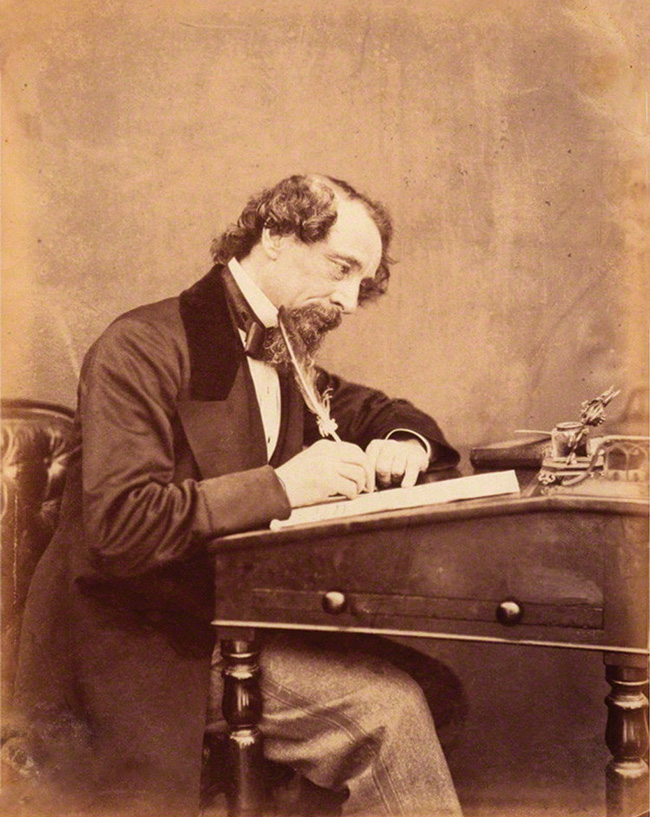 The name Charles Dickens may conjure up images of dank, impoverished Victorian London but the 19th-century novelist was also a passionate Francophile. Having first visited France in 1837, he crossed the Channel more than 30 times and on six separate occasions took up residence there. The Dickens family regularly holidayed at the seaside retreat of Boulogne-sur-Mer, where the author, dressed in a blue farmer’s smock, worked on novels such as Bleak House and Hard Times – in fact, more of Little Dorrit was written in France than in England.

While Dickens was fond of the Pas-de-Calais region, Paris affected him profoundly. Comparing Paris to his London home, details such as illuminated shops and balconies, the elegant architecture and sidewalk cafés, were a culture shock to him.

Of his first visit in 1844, he wrote: “I cannot tell you what an immense impression Paris made upon me. It is the most extraordinary place in the world. I was not prepared for […] its perfectly distinct and separate character.” For Dickens, it was a veritable tale of two cities. The nattily-dressed Englishman enjoyed wandering Paris’ boulevards gathering new material for his work. He found that each person he passed was, “another page in the enormous book of the city”. Paris and its people charmed him – their culture, politics and art all had an influence on him.

In 1847, Victor Hugo introduced Dickens to fellow writers Théophile Gautier and Alexandre Dumas. He also knew the poet Alphonse de Lamartine and socialist Louis Blanc, both leading figures of the uprising of 1848 which deposed King Louis Philippe, and it was during this time that the fervent Dickens signed a letter ‘Charles Dickens, Français naturalisé, et Citoyen de Paris!’.

Dickens was no revolutionary, but as a humanist, poverty greatly disturbed him. He understood first-hand the misery of the working class, and the rage against political injustice. Comparing Paris to London, he found a contrast of two societies, two political regimes and two schools of aesthetic thought and thus in March 1859, he began writing A Tale of Two Cities, his saga set during the French Revolution.

André Gill’s caricature of Charles Dickens on the cover of L’Éclipse on June 14, 1868

Dickens described Paris itself as “wicked and detestable, though wonderfully attractive”. This contradiction enabled him to entwine the motifs of good and evil into his story. He took great pains to immerse himself in the 18th century and spent days poring over books and old maps of Paris to ensure historical accuracy. The rich, he knew, lived in the aristocratic quarter of Faubourg Saint-Honoré in Paris’ west; a panorama of wealth and fashion. Across town, Dickens portrayed the discontent of the Parisian poor in the neighbourhood of Faubourg Saint-Antoine. He had himself experienced the mismatched cobblestones, the inadequate street lighting and the dangers to pedestrians.

But it was the “new Paris” that Dickens was most familiar with. The poverty of the area was being razed by Baron Haussmann’s transformation of Paris. Surprisingly, the material for scenes of poverty in the Faubourg Saint-Antoine came from the author’s knowledge of London’s East End, not Paris.

Dickens wrote many short stories – A Flight, Our French Watering-Place, A Monument of French Folly – containing thousands of references to sights in France and Paris, and A Tale of Two Cities is one of the best-selling novels of all time, with more than 200 million copies sold.