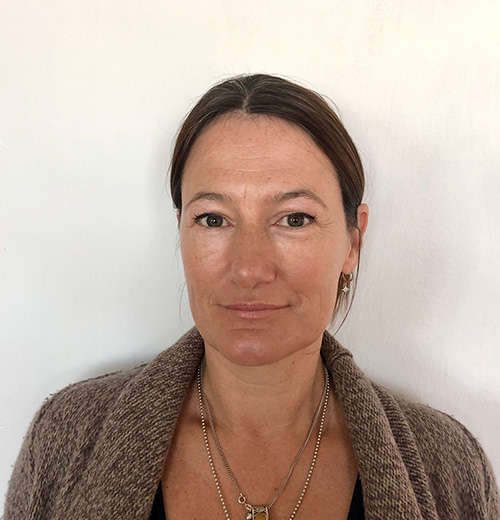 Musée de Cluny, housed in one of the most illustrious and historic buildings in Paris, has just reopened after a lengthy renovation. Abigail Blasi is one of the lucky ones to get a first peek inside.

The marvellous Musée de Cluny in Paris – otherwise known as the Musée national du Moyen Âge – has at last opened its doors after two years’ closure, completing a decade-long €23m renovation project. This treasure trove at 28 rue Du Sommerard, just five minutes’ walk from Nôtre-Dame, is one of the capital’s many rich but all-too-often overlooked pleasures.

I vividly remember the first time I visited, many years ago, wandering off the lilac-shaded square and into the medieval warren, which glowed with pre- Renaissance colour, the stained glass fi ring red and blue shafts of light across the rooms. This is not just a museum spanning 1,000 years of art, but a flamboyant medieval palace, while the site also encompasses Paris’ most impressive Roman remains, Lutetia’s Gallo-Roman frigidarium (cold room). The renovations are intended to put the museum on the map, make it more accessible and illuminate the mysteries of the medieval period for laypeople like me.

Director Séverine Lepape says that the museum has been brought into the 21st century but, she adds, reassuringly: “It is a timeless cocoon where the visitor comes to abstract themselves from the frenetic pace of our society.”

I took the Eurostar to experience this new incarnation of the “cocoon” for myself. Taking an early-morning, mid-week train, there were no queues and no paperwork other than a quick check of my Covid pass. It’s only three stops on the RER from Gare du Nord to the Saint-Michel–Nôtre-Dame stop on the Left Bank. I checked into my nearby hotel, La Lanterne, a welcoming place with balconies overlooking the Baron Haussmann streets and a plunge pool in its medieval basement.

For the philosophers of the Enlightenment, the Middle Ages were dark times in which superstition took precedence over reason. Medieval art and architecture were given the contemptuous adjective ‘Gothic’, linking them to ‘barbarian’ invasions.

The original Hôtel de Cluny was built in the mid-14th century on the site of the Gallo-Roman baths known as the Thermes de Cluny, and served as a townhouse for the abbots of Cluny. It was one of Paris’ grandest religious houses, built alongside the ruins of Lutetia specifically to imbue the building with reflected imperial glory. The current house was built in 1485 by Abbot Jacques d’Amboise to host visiting clergy and served rather like an embassy, showcasing the huge wealth and importance of Cluny, in Burgundy. Later, Mary Tudor, the third wife of King Louis XII, lived here, and post-Revolution, it was taken into public hands and used for various purposes. For a while, it housed the printing press of Nicolas-Léger Moutard, and at one point the chapel was used for dissections. For a building dating back more than half a millennium, it has remained remarkably intact.

Christine Descatoire, conservator of precious metalwork and textiles at the museum, was our guide for the day. She explained that the building was purchased in the 19th century by public servant Alexandre Du Sommerard to house his burgeoning collection of art and artefacts from the Middle Ages. In 1843, a year after his death, the French state acquired the Hôtel de Cluny and his collection of nearly 1,500 objects. Its leadership was entrusted to Edmond Du Sommerard, Alexandre’s son. For 40 years, he expanded the collection significantly and made several major acquisitions, such as the Golden Rose. Meanwhile, architect Albert Lenoir, appointed to restore the Palais des Thermes and the Hôtel de Cluny, proposed establishing a museum of national antiquities as a way of protecting the buildings for the future.

The recent tranche of renovations began with the restoration of the frigidarium and the palace chapel. In 2018, architect Bernard Desmoulin was chosen to design a new reception building for the museum which would blend with the site’s ancient remains, its 19th-century additions and the medieval palace, as well as being in-keeping with the other buildings in the neighbourhood. The architect even managed to slot a spectacular contemporary spiral staircase into a corner of the building. The museum is now much more visible, with the entrance on Boulevard Saint-Michel.

The revamp was aimed firstly at improving accessibility both physically and intellectually, Christine explained. “The second grand objective was the readability of the route,” she said. “Previously we had a route that was very interesting, dividing the collection into technique and materials, but the way they were displayed was a little difficult for the public to understand. There was no chronological sequence.”

The rearrangement of the displays has been the final stage of the project. As well as a greater coherence, priority has been given to accessibility: ramps and lifts have been installed throughout. There were previously 28 different levels within the museum. Now, with the improvements, it’s accessible to all. Where once the museum rooms were painted dark red and crowded with objects, the spaces are now larger, brighter and lighter, giving the rich medieval colours space to breathe. As you enter the museum from Boulevard Saint-Michel, the route starts off in antiquity, with the 1st century Roman baths. These have been protected from the weather by the new building, while the route also continues outside so that visitors can get closer to the Roman foundations of the complex.

The Golden Rose dating back to 1330 © Musée de Cluny

The frigidarium will be used to display regular exhibitions and host classical concerts, and the new building provides protective cover for some of the museum’s earliest artefacts. The Nôtre-Dame room houses 22 stone sculpted heads, dating to the 12th century, which were discovered in 1977 during building work near Nôtre-Dame Cathedral. They are statues of the Kings of Judah and once adorned the cathedral but were destroyed by revolutionaries who mistook them for kings of France. From here, the museum’s displays proceed chronologically, in brightly lit galleries, with plenty of explanations in French, English and Spanish (there will also be a new audio tour, plus tours for kids). There are a couple of themed rooms, such as one displaying stained glass and capitals from Sainte-Chapelle, affixed on the wall so you can see every detail of their artistry. Another room is devoted to the jewel-like enamels of Limoges, suspended in glass cases so that you can see the work from all sides.

Treasures include the Golden Rose, awarded on the fourth Sunday of Lent in 1330 by Pope John XXII as a reward to the Count of Neuchâtel. It is the oldest golden rose to have survived. But the pinnacle of all the displays has to be the museum’s famous Lady and the Unicorn tapestries, one of the greatest treasures of France, dating from 1511.

The tapestries were discovered in 1841 in the Château de Boussac, suffering from damp and the attention of the palace rats, by the writer Prosper Mérimée, who, in his role as inspector of French historical monuments was a key figure in the preservation of medieval artefacts. The tapestries are now displayed in a low-lit room where the colours glow under subtle lighting, a brilliant but limited palette of natural dyes – reds from madder and blue from woad – that give them a remarkable harmony.

These extraordinary masterpieces were designed in Paris and woven in Flanders from wool and silk, an explosion of beautifully elaborate backdrops of flowers and birds. Tapestries served a dual purpose, not only to decorate, but also to insulate. Each of these celebrates a sense, such as touch, where the lady stands with one hand touching the unicorn’s horn, or smell, in which a monkey sniffs a flower he has stolen from the wreath the lady is making. The sixth tapestry has the lady’s motto “À Mon Seul Désir” (My Only Desire) inscribed on a tent, its meaning deliberately obscure, perhaps sensual, perhaps religious, perhaps a bit of both. If when contemplating the mysteries of these works, you find they look strangely familiar, some Muggles may recognise them from the Gryffindor common room wallpaper in the Harry Potter films.

Explaining the motivation behind the €23m revamp, Séverine Lepape said: “The organisation of medieval society, the complex value system that underpinned it and its cultural references are largely foreign to who we are today. However, it is the Middle Ages from which we come.” It’s a pleasure to see this museum in the heart of the Latin Quarter reopen, its wealth of treasures protected for future generations. With so many glorious museums in Paris demanding your attention, it’s easy to overlook Musée de Cluny, but emerging into the spring sunshine following my visit, I feel I have been brought closer to a mysterious past – and I promise you, it’s a place worth visiting.

Musée national du Moyen Âge is now open.
Full price/concessions/under 18s: €12/€10/free.
Free to all on the first Sunday of every month.

Abigail has loved crossing the channel since culture-heavy childhood visits, and studied French in Montpellier and Paris. She has also lived in Rome, Copenhagen and Hong Kong, and her travel writing has taken her all over Europe, North and West Africa, India and Sri Lanka.