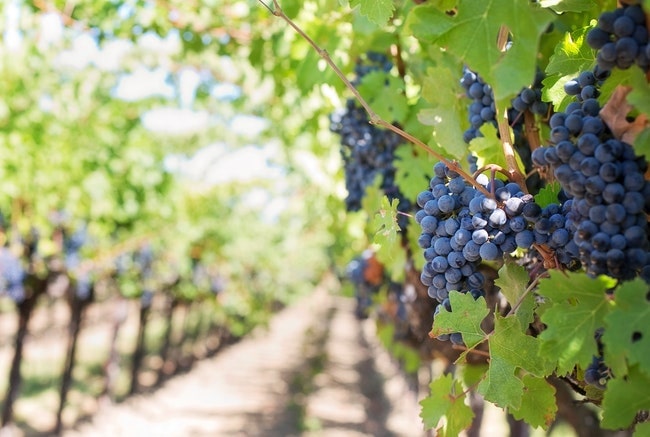 Patrice Bertrand meets Jane Eyre, a hairdresser from Australia who found her dream job in France.

“Before, I didn’t know anything about wine and I drank gin and tonic,” says Jane Eyre who, like Charlotte Brontë’s heroine, has green eyes. “More exactly,” she says, “they are green in the middle with a blue ring around them.”

But the resemblance ends there. This Jane Eyre is Australian, came to France to harvest grapes in 1998, and succeeded in becoming one of Burgundy’s most respected wine merchants. In early 2021, she became the first Australian – and the first woman – to earn the coveted prize of Best Wine Merchant of the Year by the prestigious Revue des Vins de France (RVF), the equivalent of three Michelin stars.

“Since then, my sales have sky-rocketed and I don’t have enough stock to meet demand,” explains Jane, who sells her wines mainly in Australia, the UK and Paris. “This award saved me because, due to Covid, I was on the verge of closing my business and I might have been forced to leave Burgundy. “

Her extraordinary journey began in Melbourne where the then 27-year-old Jane was a hairdresser. “I was bored and wanted a change,” she says. “One day, I spoke about this to a client who suggested that I meet her husband, a wine journalist. He gave me the address of an estate from the Côte de Beaune, in Burgundy, and I decided to spend a month there to work the harvest.”

Jane enjoyed her stay in Burgundy so much that, on returning to Australia, she closed her salon and enrolled in winemaking classes.

After graduating with a diploma in oenology, she started off by dividing her time between home and Burgundy before settling in France for good in 2004. She continued her apprenticeship in prestigious wine estates before becoming, in 2006, the assistant to Christopher Newman, the American owner of the famous eponymous Beaune domaine.

Checking on the Gevrey-Chambertin © Jane Eyre

In 2011, she decided to create her own business so she could buy grapes and vinify them herself. “I started with nothing because I had no money,” says Jane. “A friend lent me €5,000 and my boss gave me my first barrel.” Since she didn’t have a place to vinify, a winegrower and merchant at Château de Bligny, in Bligny-lès-Beaune, made his facilities and ‘wine lab’ available to her. Jane shared the equipment and the cellar with other innovative micro-traders.

Over the years, she managed to produce around 20,000 bottles annually and started to make a name for herself. Michelin-starred restaurants such as La Tour d’Argent and Pierre Gagnaire added her Beaune, Côte de Nuits and Gevrey-Chambertin to their wine lists.

To market her wines, Jane didn’t hesitate to use her name: “When I started my business, everyone who knew the industry told me, ‘put your name on it’. Now, customers ask if that’s my real name! But the advantage is that, in terms of marketing, they remember it.”

She owes her first name to her mother, of Norwegian origin. “My two older sisters have Norwegian names but she liked the name Jane,” she explains. “It’s a bit of a burden but I know worse: in Melbourne, when I worked in a bar, there was a boy named Bart Simpson. His parents had nothing to do with it: he was born before the series.”

The official UK stockist of Jane Eyre wines is www.libertywines.co.uk