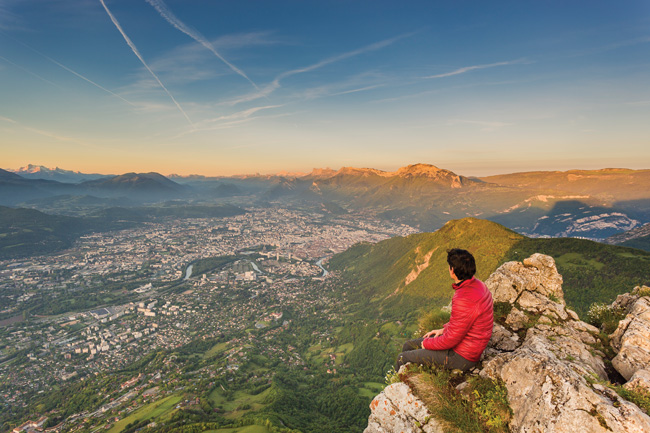 France offers multiple opportunities for slow, sustainable tourism. Gillian Thornton looks at how holidaymakers can relax whilst being kind to the planet.

There is no denying we live in difficult times. Just when global warming seemed like the biggest threat to our fragile planet, along comes a worldwide pandemic to threaten both our physical and mental wellbeing. No wonder we could all do with a holiday.

And now that vacation horizons are slowly opening up again, France offers a huge number of options to suit the needs of responsible holidaymakers. We can’t change the planet single-handedly, but at a time when we are constantly hearing about carbon footprints and over-consumption, we can all do our bit to help whilst enjoying that much-needed break.

Vast areas of unspoilt and protected nature make France an easy place to get away from the crowds, step down a gear, and adopt a slower pace of life. And whether you choose a campsite or a B&B, a gîte, a hotel or a treehouse, you’ll meet accommodation providers adopting a range of sustainable practices. Names to look out for include Green Globe, Gîtes Panda, Ecogîtes, and Clef Verte.

If you are worried about your carbon footprint or simply don’t want to fly, cross-Channel ferries and long-distance rail are more eco-friendly and relaxing alternatives. Direct Eurostar services link the UK with Lille, Disneyland Paris, Avignon and Marseille, or you can connect to a regional service in Paris and pick up a hire car at your destination for local journeys. Or you could go even greener and hire a boat or a bicycle to get around instead of a motor!

Many people discovered a new passion for the natural world whilst confined to home during the various lockdowns. Even a short local walk to the sound of birdsong provided a huge wellbeing boost, so a holiday to rural France should work wonders.

The latest addition to the list of 11 National Parks is the combined Forests of Champagne and Burgundy. Straddling the Haute-Marne and Côte d’Or, the new park is one of the largest areas of protected lowland forest in Europe. Watch out for black storks and wildcats; discover abbeys and châteaux; and relax amongst 50 million trees, 80% of which pre-date the French Revolution. For the ultimate connection with nature, book yourself a session of ‘forest bathing’.

On a smaller scale, four new sites bring the tally of Regional Nature Parks to 54. Mont Ventoux, made famous by road cycle champions; the Baie de Somme, home to seals and sea birds; the lush green spaces of Corbières-Fenouillèdes with its Cathar castles and native birds of prey; and Doubs Horloger in the rugged Jura hills, beloved of outdoor sports types.

Nearly 50 sites – many of them natural – are now classified Grands Sites de France by the minister in charge of ecology. Awarded for a six-year term, the label signifies sites that maintain high standards of preservation and protection, including sustainable visitor facilities and community benefits. Amongst the Grands Sites are the Gorges du Verdon and the Marais Poitevin, the Camargue wetlands and the twin Channel coast headlands of Cap Blanc-Nez and Cap Gris-Nez. 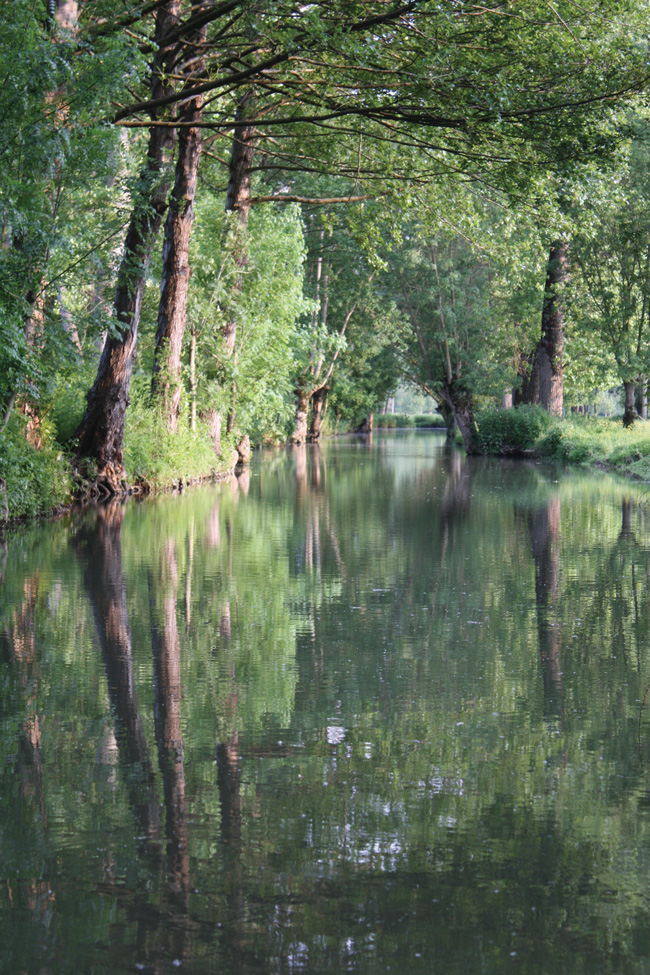 Five Grands Sites lie on the Vélomaritime, a long-distance cycle trail launched in June 2021 from Brittany to Belgium. No fewer than nine of Europe’s 15 international cycle trails cross part of the Hexagon, including the Vélodyssée and the Loire à Vélo, but tourist offices can advise on routes and bike hire for local loops too.

Something a bit more undulating? Then head to Corsica, France’s ‘Isle of Beauty’, and discover the dramatic landscapes of the Grande Traversée or GT20. This new route winds for more than 600km from Cap Corse in the north to Bonifacio at the southern tip. And whilst die-hard cyclists will favour road bikes, it is also possible by e-bike, with free charging places along the way.

Two feet rather than two wheels? Walkers can choose from 369 Sentiers de Grande Randonnée, or GRs. These long-distance hiking trails regularly become even longer, the latest being a 15km extension to the Basque Coast path between Bidart and Anglet.

But for the ultimate in slow holidays, take a leisurely pootle along the French waterways with a self-drive canal boat, a relaxing river cruise, or a trip on a converted barge. Tour operators to look out for include CroisiEurope and Le Boat. 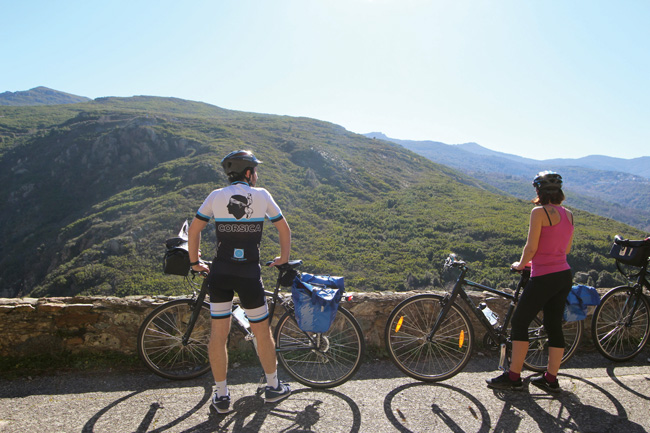 Many holidaymakers come in search of traditional small towns and villages, eager to enjoy their rich history and traditions and appealing lifestyle. But preserving the past isn’t always easy for small rural communities, as they strive to cater for the needs of their 21st-century residents and visitors.

Enter Petites Cités de Caractère, a national association that began in Brittany in the 1970s and now numbers nearly 200 small heritage towns, all working to protect their history through sustainable projects such as museums, gardens and events. Many were powerful administrative, commercial or military centres in centuries gone by, but through changes in administrative boundaries and lifestyle, no longer had the population or resources to keep their heritage alive for new generations.

As part of the Petites Cités de Caractère network, however, these communities are now working together to attract visitors and engage local residents by preserving their architectural assets and unique stories. At Mauléon in Deux-Sèvres, for instance, this effort is linked to a successful project to minimise long-term unemployment through tourism with guided visits, marked trails and craft workshops. And at Châteaugiron in Brittany, historic buildings are being renovated for new purposes – a chapel has been turned into an art museum, a farm into a music school, and the covered market into a library.

The medieval streets of Locronan, one of the most beautiful villages in France © Shutterstock

Other Petites Cités de Caractère include the troglodyte village of Trôo in Centre-Val de Loire; Domfront in Normandy, with its ruined medieval château; and Locronan in Brittany, once wealthy from pilgrims and the linen trade.

Photographs of many Petites Cités de Caractère form part of a fascinating exhibition of 80 images currently displayed on the railings round the Jardin du Luxembourg in Paris. On show until July 3, ‘France: Patrimoines et territoires d’exception’ highlights the diversity and richness of these heritage communities spread across France. 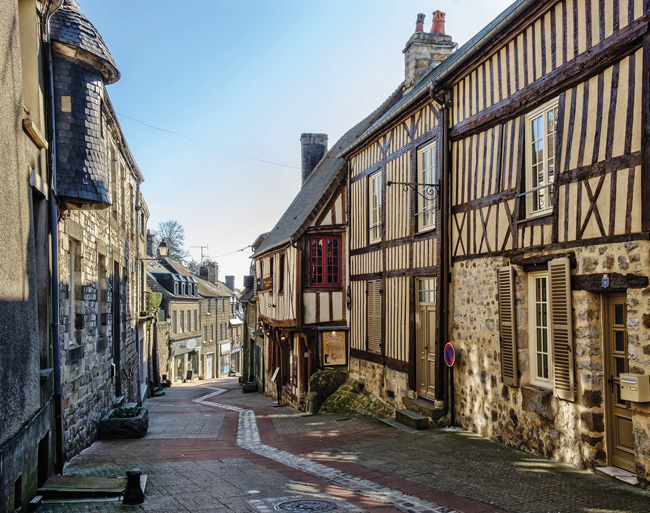 With the rich bounty available from land and sea, chefs passionate about seasonal local produce are able to work with the ultimate in slow food, sourced from their immediate area and often carrying a national or European label of quality and authenticity such as AOP, AOC or Label rouge.

The French love a foodie trail too, so if you are interested in seeing where your favourite food or drink comes from, look out for self-drive routes where you can meander at your own pace to meet producers and buy direct at advantageous prices. Follow the Normandy Cider Route through the picturesque Pays d’Auge; the Castelnaudary Cassoulet Route to Carcassonne; or maybe the Route du Cassis to meet the blackcurrant growers of Burgundy. And in vineyard areas, ask at local tourist offices about producers who offer tastings, tours and often accommodation under the Vignobles & Découvertes initiative.

Michelin stars have been the gold standard for restaurant food since 1926, but responsible restaurateurs can also now gain a Michelin Green Star, an annual award for sustainable practices. Every Green Star restaurant combines culinary excellence with outstanding eco-friendly commitments that may include working directly with local growers and producers, using seasonal produce, and having a low environmental footprint through their food waste systems and resource management. Check out the 330 Green Star restaurants in France at www.guide.michelin.com

Meanwhile, a restaurant in Arès near the Arcachon basin has become the world’s first Michelin-starred gastronomic vegan restaurant. Called ONA – Origine Non Animale – it is the brainchild of chef Claire Vallée, who puts the welfare of animals, marine life, and the environment at the heart of every gastronomic vegetal dish.

In some areas, local food businesses are working together on their own eco-friendly initiatives. In Picardie, L’Association Baie de Somme Zéro Carbone has united local restaurateurs and hoteliers, farmers and fishermen to preserve the wild spaces at the heart of this popular tourist area. Together they have created themed circuits to promote local products, artisanal makers and gastronomy.

Communities don’t have to be small to be green, which means you can still enjoy a city break whilst being kind to the environment. In 2007, Paris became the first French city to launch a network of free, help-yourself bike hire stations, the Vélib. Today there are almost 1,000km of cycle paths around the city, including the Seine embankments in the city centre that are reserved solely for pedestrians and non-motorised transport. Many cities followed suit whilst many private operators offer tours by cycle, Segway or on foot.

Details are available from local tourist offices. The latest green visitor attraction in the capital is Nature Urbaine, the world’s largest urban rooftop farm at Porte de Versailles. Equivalent to two football pitches, it produces around 30 varieties of fruit and vegetables for local residents and businesses, as well as having its own restaurant. Farm visits last one hour and cost €15. 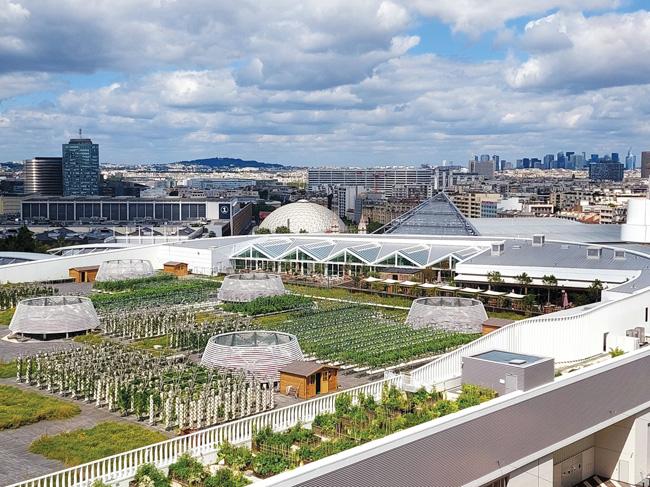 In 2023, Paris plans to deliver a carbon-neutral Olympic Games and to reconnect Parisians and local residents with the river Seine. For the very first time, the Opening Ceremony will take place in the heart of the capital rather than in a stadium, with athletes carried past the grand quays and under iconic bridges on a flotilla of boats, making the occasion accessible to all. And by the end of the decade, Paris intends to become the greenest city in Europe.

Meanwhile in Lyon, the new ‘green’ Confluence district between the Rhône and Saône has become a popular place to live, work and play over the last two decades, and in 2019, the city was designated French Capital of Biodiversity. After scooping the title Green Capital of Europe in 2013, Nantes was ranked second in 2020 amongst France’s greenest cities after Angers. Now visitors can follow an actual Green Line painted on the ground that weaves around the city to connect outdoor artworks and open spaces.

And this year, the European Commission has designated Grenoble the Green Capital of Europe. As a city surrounded by three towering massifs, space is at a premium here. Yet despite being the country’s third most densely populated city, Grenoble is making huge efforts to improve its living environment through the use of green areas, the creation of new parks, and a substantial reduction in greenhouse gas emissions.

So breathe deeply, step down a gear, and relax with a holiday that sustains you as well as the planet.

This national sea life centre has a strong conservation message and is the biggest aquarium in Europe. www.nausicaa.co.uk

A free app opens the doors to treasure hunting adventure along one of 400 geocaching trails throughout Nouvelle-Aquitaine. www.terra-aventura.fr

Discover the secrets and history of plants at Europe’s first plant park through gardens and greenhouses, shows, rides and a spectacular 4-D adventure. www.terrbotanica.fr 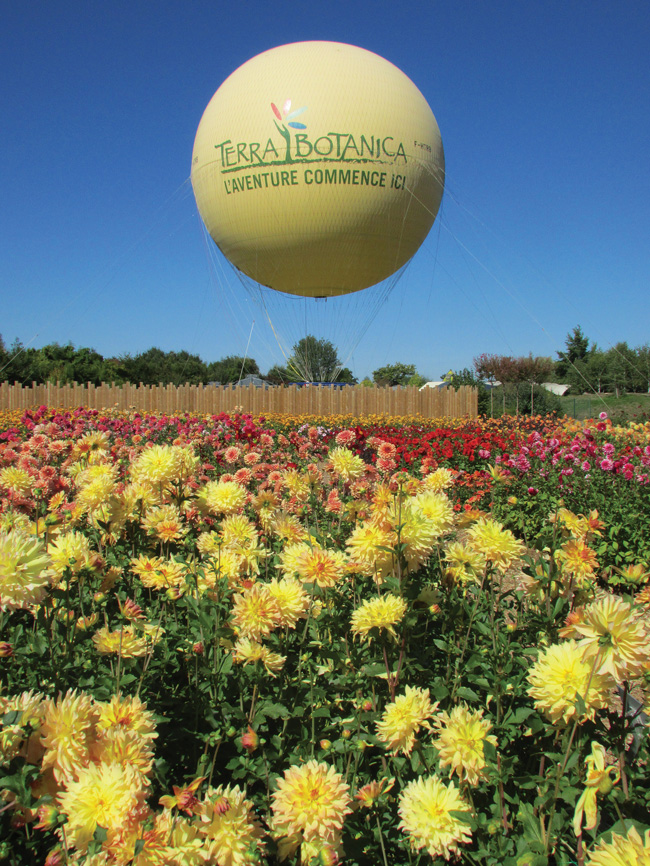 Lead photo credit : The view over Grenoble, which has been designated the Green Capital of Europe by the European Commission, from Saint Eynard fort © Pierre Jayet